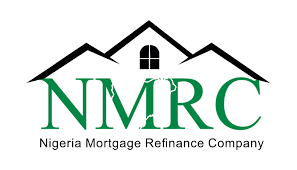 The Managing Director Nigeria Mortgage Refinance Company, Kehinde Ogundimu has reiterated the company’s commitment to boosting the liquidity positions of mortgage lending institutions stating that it has made progress by increasing access to affordable housing finance in the mortgage industry.

According to Ogundimu, NMRC has so far disbursed about N30 billion towards refinancing mortgage loan portfolios of commercial and mortgage banks in the country. He said this has helped in removing barriers to home ownership, which have implications on the prosperity of communities.

Responding to a question on the company’s national reach, he noted that the Nigeria Mortgage Refinance Company has worked with Nasarawa, Ekiti, and Ogun States and assured Nigerians that they are working with other states including Delta to boost home ownership and reduce the housing deficit in the country.

In Ogun State, Ogundimu noted that Gateway Mortgage Bank was already reaping the benefits of being an investor in NMRC, and aside from the benefits, the NMRC team has pledged its readiness in providing refinancing and technical support to Ogun and other state governments in support of their affordable housing development and ownership plans.

He also stated that the passage of the foreclosure law has proven its capacity to increase the ongoing housing intervention in states as many civil servants are now becoming homeowners.

The NMRC Boss emphasised the company’s efforts with other stakeholders in the industry to leverage technology towards integrating the housing value chain that has produced groundbreaking industry applications such as the Mortgage Market Management System (MMS) and the Housing Market Information Portal (HMIP).

He stated that NMRC is ready to partner with more stakeholders to ensure that enough data is gathered and imputed on the portal to further enhance the capacity to improve housing in Nigeria in the next few months.

On foreign loans, Ogundimu said the major challenge is on who will bear the currency risk stating that the way out will be through currency hedges and this can be done by approaching the Central Bank of Nigeria in order to ease the process and make mortgages affordable. He added that it takes the NMRC about 48 hours to refinance.

Ogundimu while responding to the question of how the state and the federal government can better support the NMRC said the cost of funding needs to be addressed to enable the company to borrow money at substantially below 10 percent interest rate from the market. He noted that it is also important to put in place better systems to ensure ease in legal documentation processes including faster registration and transfer of land titles.

Meanwhile, the NMRC Boss promises that the company will not go to sleep until Nigerians begin to sing songs of praises dangling their house keys that they have become homeowners.

Recall that the Nigeria Mortgage Refinance Company (NMRC) was licensed on February 18, 2015 to promote the delivery of affordable housing to Nigerians focusing on the key role of mortgage refinancing.

One dies inside one-storey collapsed building in Lagos