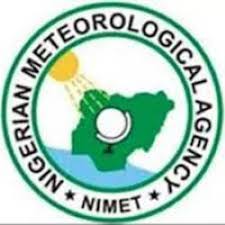 The Nigerian Meteorological Agency (NiMet) has predicted cloudiness and dust haze from Monday to Wednesday across the nation.

“Moderate dust haze should prevail over the north central region throughout the forecast period.

“Moderate dust haze is expected over the inland cities of the south within the forecast period.

“Partly cloudy to hazy atmosphere is anticipated over the coastal cities of south with slim chances of localised thunderstorms over parts of Delta, Akwa

According to NiMet, moderate dust haze is anticipated over the northern region on Tuesday.

The agency envisaged north central cities with horizontal visibility values of 2000m to 5000m throughout the forecast period.

It anticipated inland cities and the coastal cities of the south to be predominantely hazy with patches of cloud and mist or fog in the early morning hours.

According to it, there slim prospects of

isolated rains over parts of Akwa Ibom, Bayelsa and Cross River State later in the day.

“For Wednesday, dust haze is expected over the northern and the north-central region of

the country during the forecast period.

“The inland and the coastal cities of the south should be in partly cloudy to hazy atmosphere throughout the forecast period,” it said.