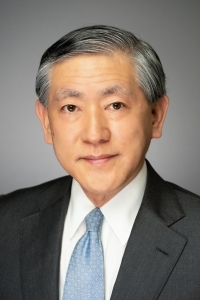 The Ambassador of Japan to Nigeria, Mr Matsunaga Kazuyoshi, says the total trade volume between Nigeria, the economic powerhouse in Africa, and Japan is  one billion dollars per year.

Kazuyoshi stated this via a recorded video, on Monday, at the inauguration ceremony of a two-week anti-piracy first  course organised by the Martin Luther Agwai International Leadership and Peacekeeping Centre (MLAILPKC) in Jaji, Kaduna.

The anti-piracy course was also a collaboration with United Nations Development Programme (UNDP) and Japanese Government.

The envoy expressed his determination to promote activities that would boost the trade volume between his country and Nigeria.

He stressed the need for concerted efforts that would promote bilateral trade between the two countries and also enhance economic growth of Nigeria to  address unemployment and poverty.

He said that lack of employment opportunities had led to the widespread practice of taking crime as a means of livelihood, which he said could only be curbed through eradication of poverty.

He expressed the determination of his country to promote fishing activities in Nigeria which he believed would help in boosting the economy.

“The Government of Japan feels the necessity to promote the fishing industry in the southern states of Nigeria.-

“Japan and Nigeria are far apart, but we are connected by sea.

“Therefore, as a true friend of Nigeria, it can be said that Nigeria’s matter is Japan’s matter,” he said.

According to him, ensuring maritime safety in the Gulf of Guinea, a key trade hub in West Africa, is needed to promote bilateral trade.

He noted that the Japanese Government was committed to contributing to the security of West Africa and protecting people’s lives through a variety of measures including capacity building for personnel in charge of maritime safety.

Kazuyoshi said, “Japanese government is committed to contributing to the security of West Africa and protect people’s lives through a variety of measures including capacity building for personnel in charge of maritime safety.

“This project is one of Japan’s contributions towards capacity building. We hope that the training will improve the safety of the Gulf of Guinea through the knowledge the 30 participants will acquire.

“The project also falls under the category of “Support for stabilization of regions facing conflicts” which is one of the 3 main areas of Japan’s “New Approach to Peace and Stability in Africa (NAPSA), initiatives announced in 2019.

“Therefore, from the perspective of economic security, ensuring the security of the Gulf of Guinea is also important.”

He reassured  that the Government of Japan, in cooperation with other countries, continues to contribute to the peace and stability of the Gulf of Guinea for the livelihood of the Nigerian people and for regional economic stability.

Kazuyoshi appreciated government of Nigeria, the Nigerian military, Nigerian Maritime Administration and Safety Agency and other relevant organisations for their continuous and tremendous efforts in fighting piracy through various initiatives.

He also appreciated Martin Luther Agwai International Leadership and Peacekeeping Centre and UNDP for  the event.

Speaking, the UNDP Team Lead on Governance, Peace and Security, Mr Matthew Alao, said the Japanese government had earmarked 260,000 dollars in its bid  towards combating piracy and kidnapping in the Gulf of Guinea (GoG), especially Nigerian waterway.

“The imperative of this project cannot be overemphasized as about 90 per cent of the yearly kidnapping incidents worldwide occur in GoG and the pirate operations in the region are becoming more sophisticated.

“These pirate activities pose serious threats to trades and businesses along the corridor and retard the economies of the GoG countries particularly Nigeria.

“This glooming outlook calls for concerted actions by the multi-lateral and development partners and the GoG countries to reduce the influence and activities of piracy for improved security, peace and sustainable development in the area.

“The published report on the root causes of piracy in GoG will contribute to evidence-based programmatic and policy interventions by the GoG countries and the development partners aimed at curtailing maritime crimes in the region,” he said.