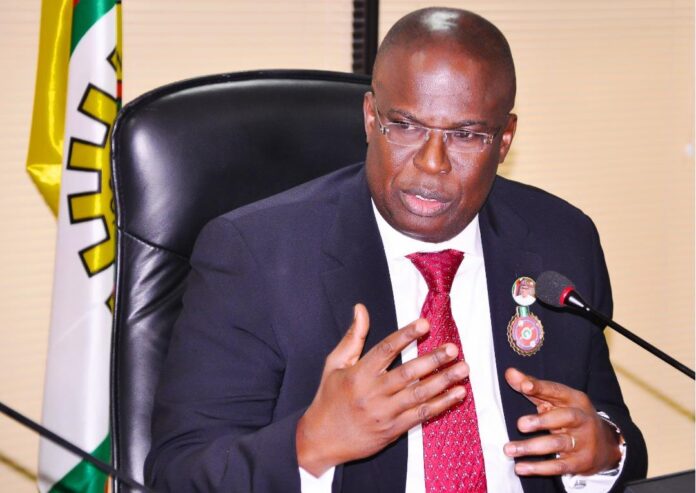 …As Atiku vows to privatise refineries if elected

As Nigeria struggles to produce above 1.2 million barrels of crude oil per day in the past eight months, the Federal Government has expressed optimism that oil production in the Country would hit the 1.8mbpd quota set by the Organisation of Petroleum Exporting Countries (OPEC) before President Muhammadu Buhari’s exit by the end of May, (29) 2023.

The Minister of State Petroleum Resources, Chief Timipre Sylva stated this, a day after OPEC agreed to maintain its production cut among member countries to maintain market stability.

According to the Minister, the government will continue to improve security along the tracks of the major crude oil pipelines and block every leakage through which crude oil are stolen by oil thieves and pipeline vandals.

Oil production figure as reported by the Nigerian Upstream Petroleum Regulatory Commission (NUPRC) for the month of October, 2022 was 1.014mbpd.

Sylva in a statement by his media aide in Abuja noted that the inability of Nigeria to meet the current OPEC quota is not due to lack of production capacity on the part of crude oil producers “but because a lot of producers decided not to inject into the pipelines because they were losing a lot of their productions when they inject into the pipelines.”

He said, “Once we are able to build enough confidence in the security of the pipelines, they (producers) will then be able to inject into the pipelines once again and once that happens, we will be able to meet up with our OPEC quotas. That is where we are going and the early signals are there that we are making very good progress.

“Our pipelines have issues and we put security structures in place involving the communities, the security, oil companies and government and we are beginning to see some early signs of improvement. Our production, for example, has improved from where we were in the past.

“We are producing over a million barrels now and we believe that when we have built confidence enough on the pipelines and all the producers begin to inject into the pipelines that have been secured, we will be able to produce quickly to meet our OPEC quota. That’s really our plan and I am hoping that before the exit of this administration, we should be able to meet our OPEC quota.”

He explained that with the ongoing rehabilitations of the Port Harcourt, Warri refineries as well as the planned fixing of the Kaduna refinery and the coming on stream of the Dangote Refinery, Nigeria should be sure of guaranteed refined petroleum products  that will ease the incessant fuel crisis faced in the country.

“Between Port Harcourt, Warri and Kaduna we have over 410,000 barrels and if you have all that refined in-country that will be at least half of our consumption and with Dangote refinery which is expected to come on stream by first quarter next year, we are expecting that we will actually be exiting the importation of petroleum products by third quarter of next year. But I believe that even before the third quarter of next year, we should be able to exit the importation of refined products,” he said.

Speaking on the discovery of crude oil in Kolmani, a border town between Bauchi and Gombe States, the Minister said Nigeria should brace up for more oil discovery, adding that only the Niger Delta region has been explored for oil despite potentials in other regions of the country.

He said, “Nigeria is a very prolific territory. So far, only the Niger Delta has been proven as oil bearing territory, but we have a lot of other basins within Nigeria; we have the Benue trough, the Gongola Basin, the Sokoto Basin and the Dahomey Basin. We have a lot of Basins that have not been proven. We are targeting to get to see how we can explore for oil especially now that the world is transiting.”

Meanwhile, as Nigeria suffers crisis in its oil refining capacity, the Presidential Candidate of the Peoples Democratic Party, Atiku Abubakar, has promised to privatise the Port Harcourt, Warri and Kaduna Refineries in order to generate funds for development, if elected President come 2023.

Atiku who spoke during the Lagos PDP Presidential rally, on Monday, said, “On my own part, if you elect me as your President, I said and I promised by the grace of God that I am going to set aside $10 billion so that we can empower our young men and women in small medium enterprises.

Meanwhile, the organised labour has fumed over increasing prices of fuel and the controversial issues of subsidy in the Country.

The organised labour on Monday, warned that whether now or in 2023, Nigerian workers would not accept any hike in fuel price in the name of petrol subsidy removal.

The Nigeria Labour Congress (NLC) at the opening ceremony of the 18th edition of its Harmattan School, in Ilorin, Kwara State Capital, insisted that workers would vote against candidates planning to increase petrol price in the name of subsidy removal.

Speaking, President of NLC, Ayuba Wabba, questioned what is regarded as subsidy on petrol, saying “What do you even call subsidy? Subsidy is inefficiency, our inefficiency or inability to refine products. That is what we call subsidy. If we are refining, we should not be talking about subsidy and why can’t we refine?

“We said we will not discuss anything subsidy. What they have told us is that the refineries will be fixed by 2023 and it will start production. So, once we start production, we can now come to the table and see what you call subsidy.

“Although there is nothing bad about subsidy, but in our case, it is shrouded in secrecy. It is not a transparent process, the consumption and all details are shrouded, and this is typical of a capitalist economy.

“In a socialist economy, they look at how to make the people happy, and to remove the stress from the people. We have seen from diesel. Is that the same example you want to set? All Nigerians should reflect on it. What they call subsidy removal is just increasing the price which has happened in the case of subsidy on kerosene and diesel. We have removed the subsequent subsidy on diesel and kerosene.

“How much is diesel today? It is almost N850 to N860 per litre. Is that the same thing we want to apply to PMS? How many people can afford it? These are the very important questions that we need to interrogate. And this is what Labour has been interrogating.

“So, we are not running away from and we have never run away or shy away from discussing the issue of subsidy. Whether there is or not, we can discuss it. But the bottom line is that we will resist any price increase in the name of removal of subsidy.

“In fact, part of even the reason why I heard that the PMS is in short supply is also the diesel issue. The diesel price has gone up and for them to transport from the jetties to the hinterlands, it means they need to buy diesel at exorbitant prices. This is a whole cycle that is not working effectively.

“Government first, is to find a way to refine. That is the only solution that can address this problem. That is, government must find a way of refining products and put transparency structures in place.

“Many countries have done it and many countries are running those enterprises as enterprise of government. They are doing because a transparent process is working. If you privatise without transparent process like we have seen in the banks, which government has supported with public funds, but failed because they lack transparency and good governance templates, it will not work. This is what we have been arguing. Nigerians should reflect on this. Once you say you remove subsidy and you follow the trend of the diesel, it means it will be out of reach.”

Also, corroborating the NLC President, General Secretary of NLC, Emma Ugboaja, said there is no way anybody would accept price increase in the name of subsidy removal.

While giving his vote of thanks, Ugboaja, said, “NLC will not accept any subsidy removal on petrol because we have an existing understanding. We will resist subsidy removal whether now or in 2023.

“We still have our PVCs. We will not vote for any subsidy removal. We shall work against any candidate that plans to remove subsidy and inflict more pains on us. We should be talking about refining product and local production not about subsidy removal.”