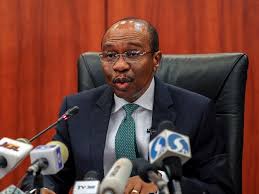 Following an effort to diversify the local economy away from predominantly hydrocarbon revenue, Nigeria’s raked in about $5 billion in nine months from non-crude oil exports.  Godwin Emefiele, Central Bank Governor disclosed this while delivering a keynote address at the second edition of the RT-200 Bi-annual Export Summit on Tuesday in Lagos.

According to him, non-oil export revenue reached $4.99 billion in the first nine months of 2022. The total inflow from the sector came higher than $4.19 billion achieved in the whole of 2021, Emefiele said on Tuesday.

Oil is Nigeria’s biggest export earner but a decline in production due to crude theft and vandalism of pipelines and lack of investment has meant fewer foreign currency inflows.

“A total of $4.987 billion have been repatriated into the country by non-oil exporters, higher than $4.19 billion repatriated the whole of 2021.”

In a drive to boost the nation’s foreign currencies receipt, the CBN had initiated programmes to boost dollar inflows — including naiar4dollar, and N65 rebates to exporters who channel inflow via investors and exporters’ FX market.

Recall that CBN launched has also initiated a plan to boost the local economy with $200 billion from non-oil exports in the next three to five years.

“Of this amount, only $1.97 billion qualified for the rebate programme, while only $1.56 billion was sold at the Investors and Exporters (I & E) window or for own use,” he said.

Emefiele said that the apex bank paid out about N81 billion in rebates to Nigerian exporters during the period.

“This is a testament to the resolve of the CBN to ensure quick acceleration of the export value chain in the country. I know there have been calls to make all exporters eligible for the rebate, not just limit it to finished and semi-finished products.

“While we see some justification for this, one of the goals of the RT200 programme is to help quicken the process of industrialisation and encourage exporters to earn more from their export business.

“Economists have well-documented a positive relationship between export and industrialisation,” Emefiele said.

The Governor noted that export could transform the economic structure of countries from simple, slow-growing, and low-value activities to more productive activities that enjoy more significant margins driven by technology. Emefiele said that all hands should be on deck to help exporters and the economy by adding value to what they produce and export.

“We are already getting feedback from banks of interest by exporters in adding value to the products they export to allow them to benefit from the programme. We are happy that this is happening, and we encourage more exporters to find ways to add value to their exports so that they can benefit not only from the scheme but get better value for their exports,” he said.

The CBN Governor said that the bank is committed to strengthening and expanding foreign exchange supply into the market.

“You are all important in this national clarion call to expand the supply of foreign exchange to the country.

“For exporters flying the flag of Nigeria in the international market, the Bankers Committee and the CBN stand ready to partner with you to achieve your goals.

“You can benefit from the many financial programmes introduced by the CBN through your bank to growing your business.

“Therefore, I call on this gathering to candidly interact and make constructive and innovative suggestions for exploring the non-oil export sector as a more sustainable means of increasing financial flows into the economy and generating employment to spur growth.

“This is the time for all of us to work together to reposition Nigeria on a growth trajectory by taking the diversification of the economy seriously.

“There is no time like now to start working in synergy for the good of our nation. We must coordinate and collaborate on policies to improve the economic activities in the non-oil sector,” Emefiele said.

Earlier, Emefiele noted that the country was confronted with many challenges exacerbated by growing internal and external factors.

He said that a significant part of these challenges had been the over-dependence on crude oil as a major source of foreign exchange earnings to the economy.

He said that the CBN had been implementing several non-conventional, supportive, and complementary macroeconomic policy actions toward restoring the economy to its growth trajectory to address some of these challenges.

“One of the recent noble ideas was the development of a market-based financing mechanism to boost non-oil sector capacity to attract foreign exchange flows.

“Consequently, with the support of the Banker’s Committee in February 2022, the CBN introduced the RT200 programme, which is aimed at raising $200 billion in foreign exchange earnings over the next three to five years, strictly from non-oil exports,” he said.

He said that many developing nations have since identified export as a leading priority for their indigenous firms.

“Against this backdrop, several developing nations embarked on aggressive export promotion to increase their productivity, improve their foreign exchange earnings, and increase their income level.

“Nigeria cannot be an exception particularly given the huge natural and material resources endowment she possesses.

“Therefore, it is not only appropriate but makes economic sense to embrace this policy thrust that is well anchored on sound economic policy and proven economic theory.

“At the launch of this initiative, I promised that we shall be having a biannual conference to review our performance.

“The first conference on the bi-annual Non-oil Export Summit was held in this hotel in June of this year with great enthusiasm from all stakeholders.

“It aimed to improve the non-oil export process and remove some of the export value chain bottlenecks.

“This time, we will look at what we have achieved since the first summit and examine the result of the collaborative efforts by all stakeholders in the export value chain and areas for further improvement and collaboration,” he added.

Emefiele said that the country had recorded some achievements in automation and digitisation of trade processes.

He said, “In terms of processes and infrastructure for improving trade performance, we have recorded some achievements in automation and digitisation of the trade processes.”