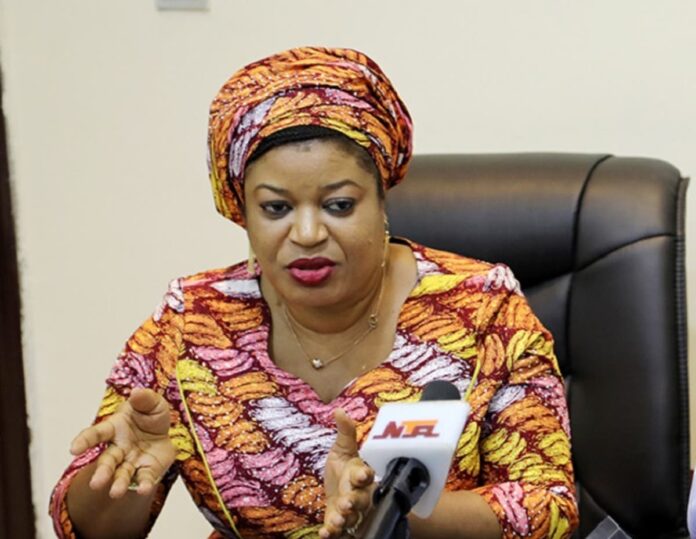 The forum which held in Lagos had as its theme “NIGCOMSAT LTD,THE PRESENT AND THE FUTURE.”

Delivering her welcome address,Dr Abimbola Alale, Managing Director of NIGCOMSAT noted that, “the stakeholders forum is part of our efforts to rub minds with you on areas you may need our expansion and improvement in line with our core mandate and our core values.

“Satellite communications is a technology with rapid changes. NIGCOMSAT has continued to build capacity that match global trends and requirement.

“NIGCOMSAT realizes the need to strategically position its subsidiaries for potential opportunities and risks put in place operational structures to facility are business aspirations.”

Alale went further to disclose some of the achievements of the agency to include helping the NHIS develop an e-platform that saved her N8billion.

“Under the guidance and watch of the Prof. Isa Ali Ibrahim Pantami,as part of VSAT/TVROB capacity development programme, NIGCOMSAT has trained 600 youths across the six geo-political zones in the country. These youths have been equipped with tools to participate in growing the digital economy, timely achievement of NIGCOMSAT’s roles specified in the National Broaband plan 2020-2025,”she said.

Alale also revealed that the agency will be launching two new satellites in 2023 and 2025 and she also expressed the willingness of the agency to acquire more satellites.

According to her, “This will not only inspire confidence in our customers and channel partners but will also place NIGCOMSAT Ltd in the front line of communication satellite operators with fleet of satellites in the orbit.”

Alale further disclosed that the agency is in collaboration with Thales Alenia Space of France and Agency for Aerial Navigation Safety in Africa and Madagascar (ASECNA) to provide a Satellite Based Augmentation System (SBAS) using NigComSat-1R navigation a services for the time over African and Indian Ocean.

While adding that the agency will do a demonstration of SBA in Nigeria soon following the approval of the Honourable minister, she noted that a demonstration of real SBAs was done in Lome (Togo), Brazzaville (Congo) and Duoala (Cameroun).

Chairman of Association of Licensed telecoms operators of Nigeria (ALTON), Gbenga Adebayo speaking at the forum, commended the agency for its resolve to evolve. He noted that satellite coverage is important for the realization of the nation’s broadband plan by 2025.

Adebayo also encouraged the agency not to accommodate debts from other agencies of government. He urged the agency to disconnect any erring organization that refuses to pay for the services of NIGCOMSAT.