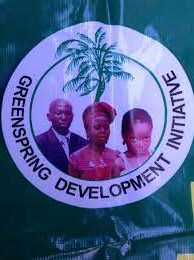 The Greenspring Development Initiative (GDI), a non-governmental organisation (NGO), with other NGOs has trained a Community Response Team (CRT) to end violence against women and girl children in Makoko community of Lagos State.

The training was implemented by Women Advocates Research and Documentation Centre (WARDC) with the support of Ford Foundation.

The Chief Executive Officer of GDI, Mrs Olabisi Mekwuye, said that the goal of the training was to put an end to reoccurring violence against women in Makoko community and other parts of Lagos state.

Mekwuye spoke at the presentation of five trained Community Response Team members to Makoko community and the facts finding dialogue/meeting on ending violence against women and girls on Wednesday in Lagos.

“The WARDC project supported by Ford foundation had a two-day residential training for our CRT members from Makoko community and other CRT members from South West Part of the Nigeria at Osogbo on the second and third of June, 2022.

“The aim of the training was to strengthen the CRT members on how to handle cases of violence against women and girl child within their community. They were trained on Violence Against People provisions Act (VAP) in order for them to be able to work according to provisions of law within the community.

“Today’s dialogue meeting was successful with a lot of experience sharing and exposure of community members to availability of VAP laws which would serve as caution to the people that violates the right of women,” she said.

Also speaking, the traditional leader of Mokoko Community, Lagos, Mr Raymond Adekunle-Olaiya, said that God did not create women to be slaves to men in the society.

He said that the community dialogue had shield more light on the rights of women and girl child in the community.

Adekunle-Olaiya called for collective efforts within Mokoko Community to put an end to violence against women and girl child in the community.

One of the trained Community Response Team, Mr Kehinde Adetayo, said violence against women had grown beyond physical assault and rape alone.

He said that the right of some women were being violated emotional and phychologically.

He added that violence against women had left many women depressed.

Adetayo said that the two days training received by CRT members would go a long way in mending failing marriages and relationship in the community.