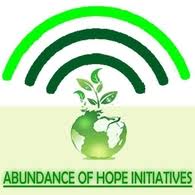 Abundance of Hope Initiative, an NGO, on Monday in Abuja predicted further increase in prices of food items if more efforts were not intensified to address clashes between herdsmen and farmers.

Executive Director of the organisation, Mr. Taiye Sasona, told the Newsmen that more farmers were pulling out of farming for fear of being attacked.

“The effect is what we are seeing in the market today as the prices of food items have to go up.

“Many farmers want to quit farming because of activities of herdsmen, so you can imagine, rather than putting more farmers to work on the land, we are losing more farmers.

“The spillover effect of herders and farmers clashes is all over in the north and in the south. Farmers are complaining everywhere but unfortunately it is under reported.

“Farmers can no longer go to farm, forget about the insurgency in the north, in other parts of the country herdsmen are not allowing farmers go to farm.

“Last week I was in Karishi where I tried to encourage some farmers but they will tell you that they cannot gamble their lives because their farmlands are under attack.

“If this continues in 2021, it will be worse than 2020 because even our national reserve has been depleted and there is nothing to fall back on,’’ Sasona said.

The report noted that the rise in the food index was caused by increases in prices of bread and cereals, potatoes, yam and other tubers, meat, fruits, vegetable, fish and oils and fats.