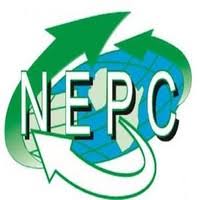 The Nigeria Export Promotion Council (NEPC), has begun the training of no fewer than 100 exporters on patenting and registration of products for international trade.

The South-East Regional Coordinator of NEPC, Mr Arnold Jackson disclosed this at the opening of a two-day workshop for potential exporters on Wednesday in Enugu State

Jackson said that the training would also focus on the importance and effects of bilateral trade agreements in the global market.

“The council thought it necessary to improve the capacity of potential exporters on the importance and effects of bilateral trade agreements as part of measures to boost international trade,” he said.

He said that the essence of the training was to reduce the risk of producers, especially in the creative industry, losing the benefits of their intellectual property to pirates.

The regional coordinator said that it had become necessary for exporters to learn the intricacies of product licensing and patent from a legal perspective.

Jackson expressed worry that cases of infringements on intellectual property had been on the rise.

Also speaking, a representative of the Legal Unit of the council, Mr Ben Achor, said that bilateral trade agreements, licensing and patenting of intellectual property were important in international trade.

According to Achor, the aforementioned are windows to understanding were one wants to trade and who you are trading with.

“Bilateral trade agreements and patenting are international policies that exporters must pay attention to in order to have the right direction.

“Every exporter should understand where there are bilateral agreements between their country and the importing country of their products to be able to understand the tariff regime and stand clear in dealing with such countries,” Achor said.

In his remarks, a Principal Trade Promotion Officer, Legal Unit, NEPC,  Mrs Ngozi Ojekwe said that any confidential business information which provided an enterprise a competitive edge could be considered a trade secret.

“The unauthorised use of  information by persons other than their holder is regarded as an unfair practice and a violation of trade secrets,” Ngozi said.