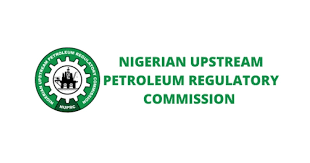 The Commission also noted that its investigations into the cause(s) of the spill continued and the result would be communicated to the public when concluded.

Recall that AITEO Eastern Exploration and Production recently sought foreign technical expertise to halt the ongoing oil leak at an oilfield it operates, which started since Nov. 5.

Mr Gbenga Komolafe, NUPRC’s Chief Executive, in a statement issued by Mr Paul Osu, Head, Public Affairs of the commission, listed the action plans to deal with the spill.

Komolafe itemised the action plans to resolve the problem as: “Aiteo to activate emergency Environmental Management Plan (EMP), AITEO to carry out Post Impact Assessment (PIA) study of the spill, and Joint Investigation Team to determine cause of spill and to convey the extent of impact and quantity of crude spilled.”

Komolafe said that these measures would be put in place as the commission continued to investigate and monitor the situation.

He said that the commission received a report of the spill, which occurred at the Santa Barbara Well, via the statutory regulatory requirement of submission of form A by Aiteo.

According to him, the commission immediately swung into action to investigate the incident in conjunction with other stakeholders.

He gave an assurance that the commission would ensure that all necessary steps in line with global best practices were deployed in the management of the situation.

Komolafe that NUPRC would ensure that the spill had the least impact on the environment and the livelihood of the people of the community, as remediation would be done as soon as possible.

He reiterated that the result of the investigation into the incident would be communicated to the public when concluded.