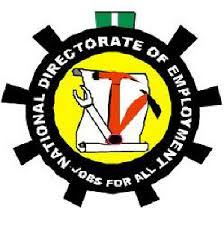 The National Directorate of Employment (NDE) has engaged 260 unemployed youths in Nasarawa State under its Basic National Open Apprenticeship Scheme (B-NOAS) to make them self reliant.

The state Acting Coordinator of NDE, Mr Rotgak Go’ar, disclosed this during the orientation ceremony for the participants in Lafia on Thursday.

He said the gesture was in line with efforts by the President Muhammadu Buhari-led administration to provide employment for the teeming unemployed youths of the country.

He explained that the 260 trainees were drawn from Nasarawa state to undergo intensive three months training in sundry skill sets such as computer, barbing, hair dressing, fashion and design, among others.

According to him, the orientation exercise is meant to expose the newly recruited participants to the advantage, rules, regulations, code of conduct and conditions governing the scheme.

The acting coordinator regretted that unemployment had become a phenomena in the society, especially among school leavers, dropouts and graduates of tertiary institutions which has been further compounded by their lack of skills.

“It is in the light of this that the National Directorate of Employment has put in place to implement this training in order to bridge the gap.

“NDE has been and will continue to be in the forefront in creating jobs for the teeming unemployed youths in the country.

“The directorate in the state had trained 4,832 number of unemployed persons in our various programmes last year,” Go’ar said.

While congratulating the participants,  he urged them to be serious and committed throughout the period of the training so as to enable them become master craftsmen and employers of labour.

Malam Abubakar Fikpo, the NDE Acting Director General, who was represented by Mrs Agnes Ogbaga, a staff of NDE, Headquarters, Abuja, restated the commitment of the organisation in delivering on its mandate of job creation for teeming unemployed Nigerians.

Some of the beneficiaries, who spoke during the event, appreciated the NDE for the gesture and promised to take the training seriously.