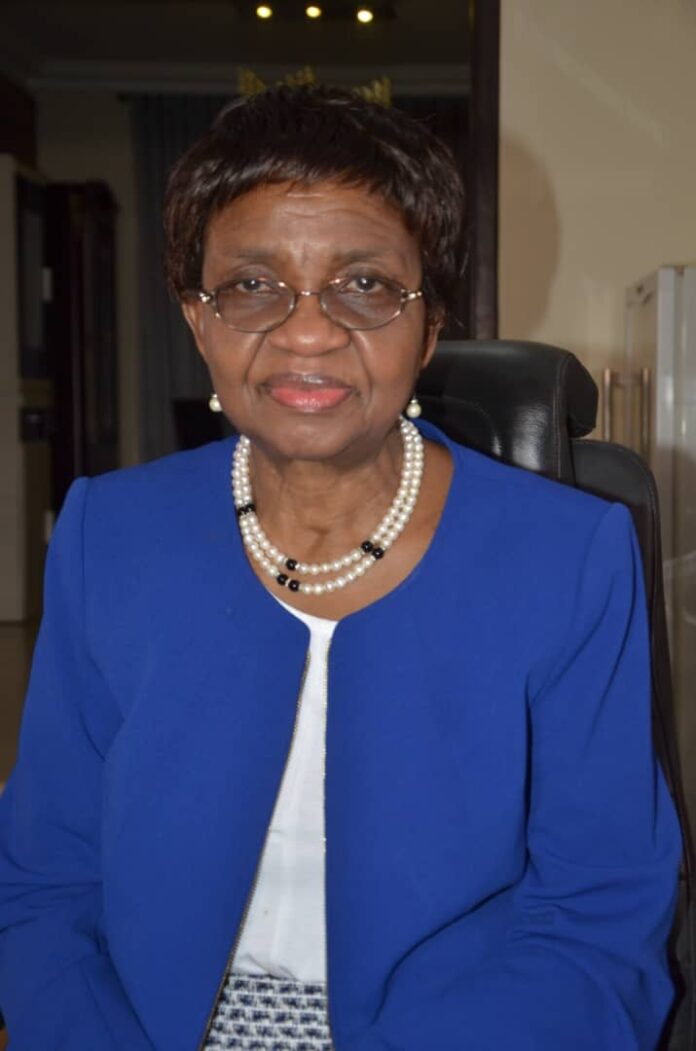 The Director General, National Agency for Food and Drug Administration and Control (NAFDAC), Prof Moji Christianah, has revealed that the agency has destroyed fake, banned and unwholesome products worth four billion, two hundred and sixty thousand naira (N4,000,260,000) across the country.

This, according to the NAFDAC DG, was aimed at protecting the health of consumers.

She spoke on Tuesday in Abuja during a press conference held to commemorate her 4th year in office in Abuja.

The NAFDAC DG revealed that some of the agency’s goals in the last four years are to safeguard public health, strengthen the industry, pursue customer-centric regulatory activities, and strive towards attaining the World Health Organisation (WHO)’s level 3 Global Benchmarking for Top ranking Regulatory Authorities.

While reeling off some of her achievements, she said the agency has sharpened its focus on increasing access to quality and efficacious medicines through local manufacture under her leadership.

According to her, “The Investigation and Enforcement activities of the Agency geared towards riding the country of menace of Substandard and Falsified Medical Products have yielded a lot of dividends.

“The arrests, prosecution, seizures and destruction activities recorded include the following:- Interception and destruction of twenty-five (25) containers of Tramadol worth one billion, seven hundred and eight million, seven hundred and fifty thousand naira (N1,708,750,000). Destruction of more than thirty containers of tramadol and other unregistered products worth more than 198 billion naira on the street.

“Three persons involved in the distribution of the banned Tramadol have been arraigned at the Federal High Court, Lagos.

“The Agency secured the conviction of one of the distributors and the court ordered the destruction of the seized consignment.

“Shut down of three pharmaceutical companies over poor distribution practice of codeine-containing syrup.

“The Agency arraigned the distributor of Codeine cough mixture exposed in a BBC documentary on Codeine abuse aired in May 2018 at the Federal High Court, Lagos. Prior to this, other persons had been arraigned for the sale and distribution of counterfeit Codeine-containing cough mixture.

“The Agency in an unprecedented move initiated the prosecution of an unrepentant advertiser of fake medicines with spurious and unsubstantiated claims in a National daily after a vigorous campaign against such illegal and dangerous activities.

“In 2020, the Agency backlisted two companies from India that falsified a registered product and delisted the Nigerian company involved. In addition, six other local companies were shut down due to resistance to Good Manufacturing Practices compliance.

“To further protect the health of consumers, the Agency destroyed fake, adulterated, counterfeit, banned and unwholesome NAFDAC Regulated Products worth four billion, two hundred and sixty thousand naira (N8,000,260,000) in exercises across the nation, while also clearing its Apapa warehouses that had been filled to the brim since 2013.

“Over twenty prosecutions of people responsible for counterfeiting or trading in substandard falsified medicines have taken place with most of them ongoing with a few fined or sentenced to imprisonment.

“As part of strengthening the Agency’s processes, the Yaba Drug and Biologics/Vaccine laboratories are currently being expanded and under construction. Based on this continual improvement, the 114 recommendations have been met as of October 2021.

“With the period I have led the Agency, NAFDAC has received the Outstanding Partnership Award during the 2nd MSMEs Awards Ceremony. The Agency has received award of the Nigeria Public Sector Productivity Award for Excellence in Effective Use of ICT To Propel the Productivity Frontier.”

Prof. Christianah, however, maintained that the achievements under her leadership are steppingstones that will soon lead to Nigeria manufacturing her own vaccines.

She expressed her gratitude to the critical stakeholders in the health sector while also commending the NAFDAC Staff for their continued co-operation and support.