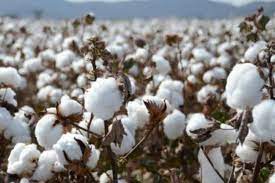 The National Cotton Association of Nigeria (NACOTAN) has called on the Federal Government to adopt the Cotton, Textile and Garment (CTG) sector as a national asset due to its economic importance.

The NACOTAN President, Mr Anibe Achimugu, made the call in an interview with journalists in Abuja on Tuesday.

Achimugu said that the sector alone could generate up to 10 million jobs as the production of seed cotton could engage up to 500,000 to 1,000,000 farmers.

He said the country has land and farmers in all places but needed only government’s support to stop importation of textile fabrics.

“We all know that CTG sector is very important considering its job/wealth creation, the wide value chain and the value addition of the value chain.

“It drove the industrial revolution of the western world as we know today.

“We believe that a revived CTG sector will address the social ills experienced in the country today.

“So, it is important that the sector should be adopted as a national asset,” he said.

Achimugu said that with the African Continental Free Trade Area Agreement Nigeria had a comparative advantage, especially with infrastructure on ground, for a developed textile industry.

He, therefore, called for the revitalisation of moribund textile industries in the country.

On Biotech (Bt) Cotton, he said that with the application of best agricultural practices, timely planting, and CBN intervention under the Anchor Borrowers Programme, about 3.6 metric tons of cotton per hectare was achieved.

He said NACOTAN was working on addressing the cost of the Bt cotton seed which has good quality fibre characteristics but expensive.

Achimugu further implored decision makers at the Federal Ministry of Agriculture and Rural Development to support the Institute of Agricultural Research, Zaria, to continue to produce good quality seeds.

He commended the Federal Government for the CBN intervention in the CGT sector and hoped that incoming administrations would continue to support, especially in revamping obsolete equipment.