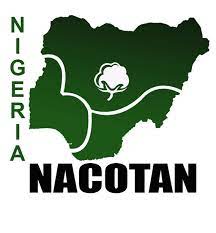 The National Cotton Association of Nigeria (NACOTAN) has called for the establishment of a cotton, textile and garment (CTG) council for proper regulation of the sector.

This is contained in a communiqué issued on Tuesday in Abuja after a one-day seminar involving key players of the CTG value chain on national dialogue on the CTG policy held on April 5.

The association also suggested that apart from the two government officials who are to serve in the CTG council, other members should come from the private sector.

They also said that the CTG Development Forum should have a strategic business plan that would be private sector-based.

Among other resolutions was that players should come up with actionable timelines for the implementation of resolutions reached at the meeting.

Accordingly, the association also desired the creation of CTG processing zones and clusters in different parts of the country.

“This would aid concentration of infrastructures in those areas as well as reduce cost,’’ the communiqué read.

They said there must be a follow through by the CTG leadership for the implementation of the Executive Order 003, among others.

The association said government had set aside fund for the different aspect of the value chain which requires that players should take advantage of this through collective bargaining.

“Eleven CTG players with the requisite experience, capacity and integrity have been identified with a view to driving the aims and objectives the CTG development sector,’’ they said.

The communiqué stated that the seminar was coordinated with the collaboration of the German Cooperation agency, Deutsche Zusammennarbett, the European Union and the Nigerian Federal Ministry of Industry, Trade and Investment.

The seminar was organised by NACOTAN, with the CTG Development Forum as one of the facilitators and other key stakeholders, it observed among others things that the CTG policy was inaugurated in 2014 and 2015.

But “unfortunately, the said policy was not properly circulated to the key stakeholders, thus excluding the key players and losing the desired benefits of the policy.’’