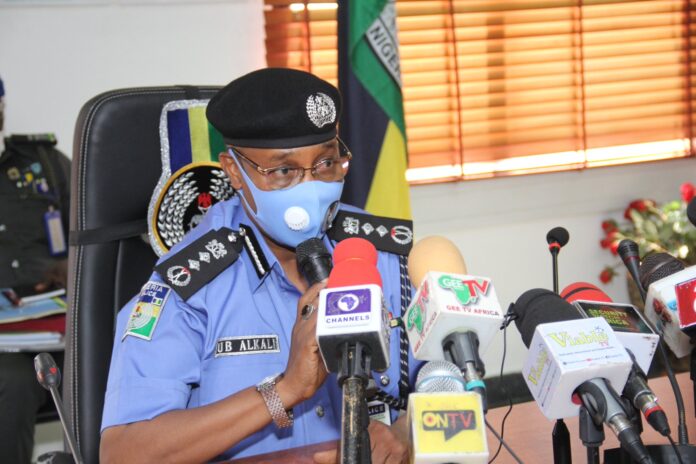 The Inspector General of Police (IGP) Mr Usman Alkali Baba has declared that the Asset Management Corporation of Nigeria (AMCON) needs the collaboration of all Assistant Inspector-Generals of Police (AIGs) as well as the Commissioners of Police (CPs) in the 36 states of the federation in its debt recovery drive, which is now at very critical stage of enforcements.

The IGP made the declaration in his office in Abuja on Tuesday when the Managing Director/Chief Executive Officer of AMCON Mr Ahmed Lawan Kuru and some top officials of AMCON paid him a courtesy visit at Louis Edet House, Force Headquarters of the Nigeria Police Force. The visit was the first the AMCON boss would lead a team of senior officials to meet with the IGP since his appointment by President Muhammadu Buhari on April 6, 2021.

Alkali Baba who acknowledged the strategic importance of the recovery of the huge debt owed AMCON to the economy pledged that the police would as always support AMCON’s recovery efforts.

Recalling that when AMCON was first created, the police authorities at the time told officers and men of the police force to support AMCON whenever they call for support since police remains the lead agency of the Federal Government in the maintenance of internal security.

Assuring that the police under his leadership will continue to provide the much-needed support to AMCON, the IGP said that directive, which at that time notified the police hierarchy across the country needed to be resuscitated. He said, “Like I said, I remember when AMCON was created, we were told that whenever AMCON calls for support, we (the Police) must support them as a lead agency of the government in charge of internal security. All we need is a letter from AMCON.

“We need to resuscitate that directive nationwide to all the AIGs and CPs to support AMCON within the ambit of the law so that the agency can continue to carry out their debt recovery effort, which is challenging because some of your debtors from experience go to court to challenge your activities just to waste time not because they will win the case. So, AMCON needs the police because as long as AMCON is concerned, it will continue to have litigations and enforcements that would require the backing of the police for execution.”

Insisting that the police under his watch would remain as professional as possible, the IGP urged that in calling for police support, AMCON should as a matter of fact fulfil all that is required by laws of the land so that his officers and men would have the full cover of the law whenever the police is confronted during enforcements on obligors of AMCON.

The AMCON boss took the IGP down memory lane and the 2008/2009 global financial crisis that led to the creation of AMCON by the Federal Government because at the onset of the financial crisis, there were foreign portfolio withdrawals of credit lines and investments from Nigeria. With that, the top banking reminded the top cop how the stock market collapsed leading to loss of about 80 per cent of its value.

With all these crises and the need to protect the financial sector in the country, the AMCON Bill passed in 2010 by the National Assembly was signed into law by the President on July 19, 2010. In May 2015, AMCON Act Amendment Bill was signed into Law by former President Goodluck Jonathan and in July 2019, President Muhammadu Buhari signed the AMCON (Amendment No. 2) Act, 2019 into law as well.

According to him, the assignment of AMCON is nationalistic and therefore requires the support of all, particularly law enforcement, which is why the AMCON boss asked the IGP to strengthen the police AMCON task force.

Kuru said, “IG, the police is critical to our recovery effort through enforcements and so on. We have been able to recover over N1.4trillion and more than 60 per cent has been due to enforcements because our obligors will not willingly come to us for repayment. So, this is a national assignment, which we cannot achieve without the support of law enforcement agencies.”