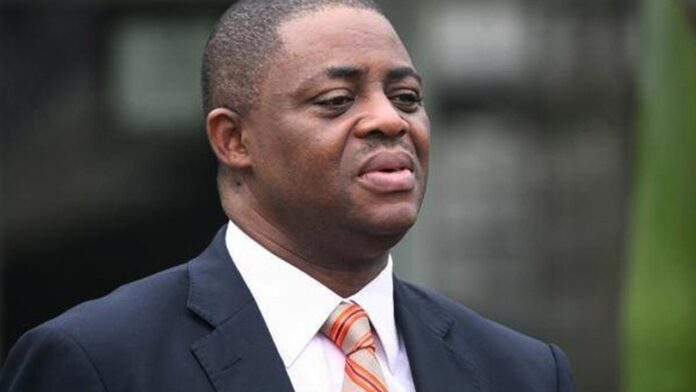 A former Aviation Minister, Mr. Femi Fani-Kayode has denied report of his arrest  by the Economic and Financial Crimes Commission (EFCC), claiming that he was only invited and treated professionally by the anti-graft agency.

Earlier, tt was gathered that the arrest was over alleged discrepancies in his medical records, which the anti-graft agency claimed were doctored.

The discrepancies were said to be delaying his trial.

Fani-Kayode is standing trial with two others on a 17-count of criminal conspiracy, fraud and money laundering to the tune of N4.9 billion.

An anonymous source claimed that,  “Our operatives arrested him over issues relating to his medical records and traveling documents. The former minister is expected to clarify some grey observations in his documents.”

The anti-graft agency’s Head of Media and Publicity, Mr. Wilson Uwujaren, confirmed that the former was with the Commission.

When asked whether the arrest was related, the anti-graft Spokesperson said, “I think something like that happened,” and declined to comment further.

Fani-Kayode had been having a grave battle with the graft and was a long time from now, remanded for alongside the former Minister of Finance, Nenadi Usman.

Both have continuously maintained their innocence over a 17-count of criminal conspiracy, fraud and money laundering to the tune of N4.9 billion, leading to the court to grant each of the accused N250 million bail.

However, the former Minister claimed he has been granted bail on self recognition by the Economic and Financial Crimes Commission (EFCC).

He stated this in an Instagram post on Tuesday night, although he was silent on the reason for the invitation by the EFCC.

The ex-minister said he was not arrested as widely circulated but was only invited and treated professionally.

“Just arrived at the George Hotel for dinner. I was never arrested by the EFCC. I was invited & I flew down to Lagos to see them,” he wrote. “I arrived in their office at 2.00pm & left at 8.30pm. I was granted bail on self recognition. They were very polite & professional. Thanks be to God.”