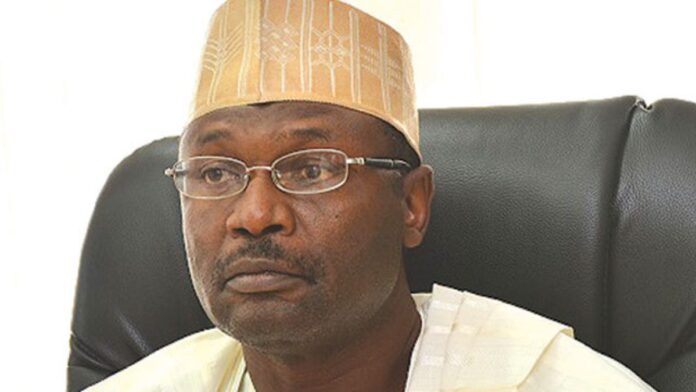 The Chairman, the Independent National Electoral Commission (INEC), Prof. Mahmood Yakubu has declared that  one major problem creating bottlenecks for election process in Nigeria has been lack of trust in public institutions.

According to him, lack of trust in public institutions have made safeguarding election materials very costly, hence causing financial implications which have made election costly in the Country.

The INEC Chairman while briefing the Nigerian Guild of Editors (NGE), on the preparations of the Commission towards the 2023 General elections, said against the experience in advanced democracies where the cost of trust “is far lower,” the cost of trust in public institutions in Nigeria makes it very expensive to keep election materials safe.

According to him, the management of elections in Nigeria is expensive due to the way and manner they are conducted in the Country.

“Elections are expensive simply because of the way we conduct our elections. One of the cost we pay is the cost of trust in public institutions.

“It is unthinkable that anyone would snatch or mismatch the ballot paper,” he said of advanced democracy, mentioning that the cost of lack of trust in Nigeria makes election in the Country very costly.

He said should confidence in trust be built and enhanced in the Country, “the cost in the conduct of election would come down drastically.”

The INEC Chairman mentioned that the 2023 elections would gulp about N305billion of the national budget, mentioning that about 60per cent of the cost of election goes for logistics and personnel allowances.

“The cost in Nigeria, I think, is $9 per head as against what happens in other countries. Ours is not even the most expensive.

“Yes, while N305 billion is quiet a huge amount of money, we should see what the amount is being spent essentially on. If we remove the technology cost, 60 per cent of the cost of elections in Nigeria is spent on logistics and personnel allowances,” he said.

He added the Commission would have to see to the transportation and allowances of  no less than 1.4 million personnel to be engaged for the process.

On alleged underage voting prevalent in the northern part of the country, he called on election observers and all stakeholders to alert the Commission to any polling booth where such is going on while the process is on.

“That is one of the most effective ways of dealing with the problems, so that in the process we can deal with it. It is against the law of this Country for anybody below the age of 18 to vote.

“So, if you are voting by someone’s identity, then that is a different matter altogether. I think the best thing we can do is to set examples, and when we see these kinds of infractions, while the election is going on, if you can draw our attention, we will come and addres the matter,” he said.

According to him, environmental factors, such as security situation, social economic conditions, political culture, and national infrastructure are factors that would define the 2023 elections.

“An election cannot be better than the environment in which it is conducted which include the security situation, social economic, political culture, national infrastructure among others.

“It is simply amazing the way INEC officials get to some villages to conduct elections. Our election cannot be better than the quality of our infrastructure.

“We can’t have a flourishing democracy without democrats. The attitude of political class is a big challenge. So, there are big tasks ahead of us and we have no time.”

Assuring that the Commission is committed to infusing sanity in the process of election, he said “we would continue to build public confidence and trust in the system” for special impact.

“It is 161 days to the 2023 general election, we can make it work. Take it from this INEC that we are committed to electoral justice.”