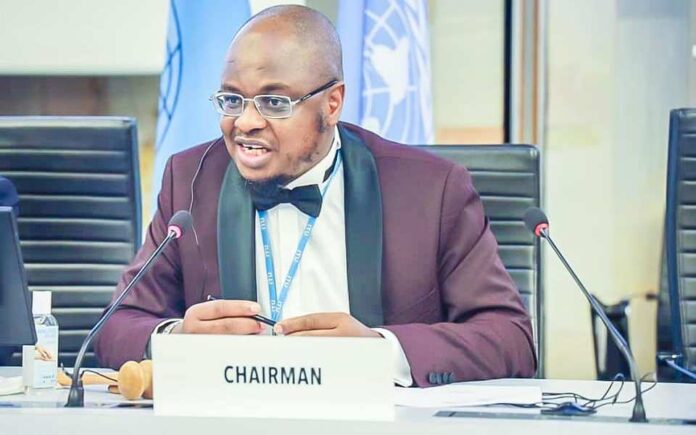 Nigeria’s Minister of Communications and Digital Economy Professor Isa Ali Ibrahim (Pantami) has described his appointment as the Chairman World Summit on Information Societies Forum (WSIS) as a win not just for Nigeria, but the African continent as a whole.

The Minister made this remark at a meeting with the Secretary General of the International Telecommunication Union (ITU), Mr Houlin Zhou at the Union’s headquarters in Geneva, Switzerland.

Speaking, Pantami said, “We are very pleased about the recognition accorded us based on our modest achievements within the sector particularly on our continent and by extension, we consider the appointment not as a personal or national recognition but as a continental achievement because Nigeria is strategically the leader of the continent, the most populous country in Africa with the biggest and the largest economy on the continent among other things, so occupying this position as the giant of Africa is an honour for Africa and an opportunity for us to continue to contribute our quota to the success of our sector globally. We assure you that we will give the maximum attention it requires.”

Professor Pantami also noted that, “The sector has the support of the Federal Government of Nigeria and particularly President Muhammadu Buhari (GCFR) whose interventions have made the achievements in the sector possible. Recall that the Honourable Minister was appointed as forum chairman for the 2022 Summit and is to retain the position for a year.

Collaboration is success path to 5G deployment in Nigeria — Danbatta