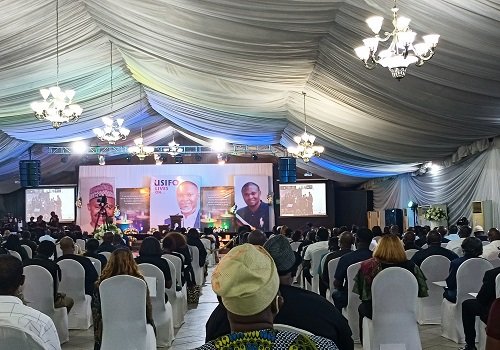 The burial followed the service of songs held in his honour on Thursday in Victoria Island, Lagos.

Friends and close family members were present at the burial ceremony of the murdered media professional.

Usifo’s death has attracted nationwide attention after his body was found in a serviced apartment in the Lekki area of Lagos State.

He was allegedly murdered by Chidinma Ojukwu, a 300-Level Mass Communication student of the University of Lagos, UNILAG, with who the CEO was said to have been in a romantic relationship.

Chidinma who was arrested days after the murder confessed to journalists that she stabbed Usifo on the neck at the apartment his body was discovered.

Usifo is survived by his mother, Sylvia Ataga; wife, Brenda Ataga; two daughters, Eboselulu and Emoata and other family members.