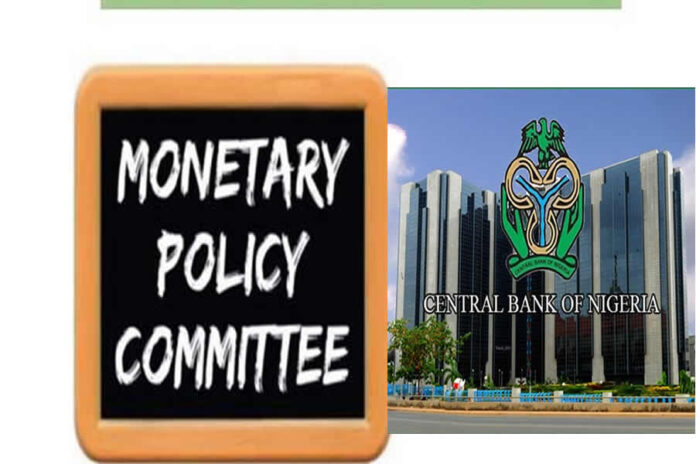 Monetary Policy Committee (MPC) meeting of the Central Bank of Nigeria (CBN) has been slated to commence on Monday amid inflationary pressure, other challenges facing Nigeria’s economy.

The Consumer Price Index (CPI), which measures the rate of change in prices of goods and services, maintained its upward trajectory to 18.60 per cent Year-on-Year in June, compared to 17.75 per cent in the corresponding month of 2021, the National Bureau of Statistics (NBS).This is the highest rate of change in prices recorded since January 2017 month-on-month, the headline inflation rate also strengthened to 1.82 per cent in June and 1.78 per cent in May.

The composite food index, on annual basis, rose to 20.60 per cent in June, representing a decline of 1.23 per cent compared to 21.83 per cent in June 2021.The rising inflation poses a significant challenge to the Central Bank in particular which had hoped to contain the index within the six per cent to nine per cent band.

The MPC while citing inflationary concerns, during its last meeting in May, had resolved to raise the Monetary Policy Rate (MPR) by 150 basis points to 13 per cent in response to the global inflationary pressures which had continued to hurt economies around the world, after holding the benchmark rate constant at 11.5 per cent for about two and a half years.

The MPR is the rate at which the Apex Bank lends to Commercial Banks and often determines the cost of funds in the economy.