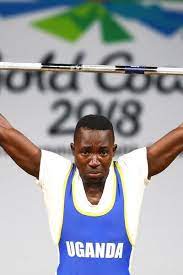 Julius Ssekitoleko, Ugandan weightlifter who absconded from his pre-Olympics training camp in Japan has been found .

He will be shipped to Uganda on Wednesday.

Ugandan embassy in Tokyo said it was working with Japanese authorities to enable Ssekitoleko’s safe and secure return on Wednesday.

The athlete who did not make it to the squad was scheduled to return last week but he absconded from his camp.

He was found on Tuesday in a town 100 miles away from his Olympics camp at the home of an acquaintance in Yokkaichi City.

Mr. Ssekitoleko was discovered missing from his hotel room Friday after he failed to appear for a daily coronavirus test in Izumisano.

He left a note saying he wished to work in Japan. Police went on a manhunt for him

An officer at the Osaka Police department said that they are consulting with the Ugandan embassy on where to deliver him.

The police officer Naoki Fukuyama, said the police tracked Mr. Ssekitoleko on a surveillance camera taking a bullet train from Osaka to Nagoya, where he met another man and traveled to Gifu in central Japan.

Police officers visited that man’s house, where he told them that Mr. Ssekitoleko had moved to another home in Yokkaichi, where police found him on Tuesday afternoon.