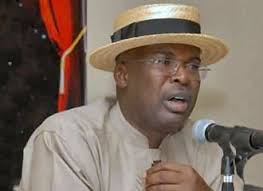 The Federal Government is to retain the about 1,500 employees of the defunct Department of Petroleum Resources, Petroleum Products Pricing Regulatory Agency and Petroleum Equalisation Fund.

Minister of State for Petroleum Resources, Chief Timipre Sylva, said on Wednesday that no staff of the scrapped agencies would be sacked.

He disclosed this while during meetings with employees of the affected organisations in Abuja.

Sylva, who announced that he had stepped down as the chairman, Nigerian National Petroleum Corporation, supervised the handing over ceremonies at the agencies.

Although he did not give the exact number of workers in the agencies, the daily payment data published on the open treasury portal in 2020 had put the number of staff of the defunct DPR at 610.

Senior officials of the defunct PPPRA stated that the staff strength of the agency was about 400, as some of the workers also expressed fears of being fired following the scrapping of the agency. Also, it was learnt that the defunct PEF’s workforce was in the region of 400 workers.

It was reported on Tuesday that the DPR, PPPRA and PEF had all been officially scrapped in accordance with the Petroleum Industry Act.

Sylva had also inaugurated the boards of the Nigerian Midstream and Downstream Petroleum Regulatory Authority and the Nigerian Upstream Regulatory Commission, the successor agencies of the scrapped DPR, PPPRA and PEF.

In a bid to calm the fears and concerns of workers of the defunct organisations, Sylva went to the agencies on Wednesday and assured them that the Federal Government had no plan to fire workers.

He said, “We assure you that this is a very normal transition. The PIA has been passed and the law stipulates that certain actions must be taken.

“That the DPR, as it was then, must be wound down and two successor agencies are to be inaugurated. And, of course, I had to step down as chairman of NNPC. It is all because this is what the law states.”

He made it clear that the political leaderships of the defunct agencies would have to give way for the newly appointed chief executives of the successor agencies.

“But I want to assure you that the staff has nothing to worry about because the law is very clear also on the position of the staff of DPR, PEF and PPPRA.”