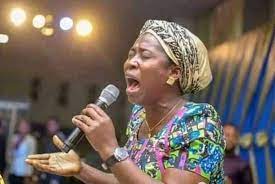 While many Nigerians await the autopsy report of late gospel singer, Osinachi Nwachukwu, Nigerian artist, Felix Aghedo, also known as Kizmoni has predicted that many marriages will collapse following the death of the singer.

The artist who hails from Edo State said many women face similar situations like late Osinachi but have kept mum.

“It is unfortunate that she is not here to say how she felt or what she was going through. It is possible that she was suffering from emotional and physical abuse. It might also be that she was scared to ask people for help and tell publicly what was going on in her marriage because she was afraid of her husband”.

The artist said now that it has become public knowledge that her husband, Pastor Peter Nwanchukwu abused her till death, other women will quickly yield to Apostle Johnson Suleiman’s advice which is trending on social media to run out of marriages or beat up their husbands with members of his church if they are touched.

“Nigeria is not oversea where women contest equal rights with men, here we have a tradition where the husband wants to dominate and as a result marriages will collapse”.

The 27 years old songwriter said single parents are fast becoming common because the contemporary ladies in the societies are becoming impatient and the bible condemns it.

Meanwhile, the FCT Police Public Relations Officer, DSP Josephine Adeh has said the autopsy result from the deceased was necessary because “it is part of the investigation”.

“You know there have been speculations about her death. Since the husband is insisting that she died due to an illness and there are other speculations, the autopsy will determine the cause of her death”.

The 42-year-old Osinachi died on Friday, April 8, at the National Hospital in Abuja.