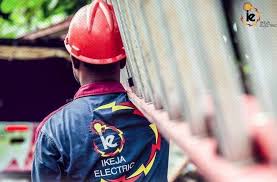 A 60-year-old man, Bakare Buraimoh, has been sentenced to six months imprisonment at the Ilaro Correctional Centre, Ogun State, for assaulting a staff of Ikeja Electricity Company.

The Ifo Magistrate Court delivered the judgment against Buraimoh, a resident of Isheri-Olofin Community, for assaulting Abiodun Fakoya, a staff of IKEDC attached to its Olowora Undertaking Office.

In the judgment delivered by Magistrate A. I. Arogundade, the accused was found guilty of the offence and thereafter sentenced to six- month imprisonment with option of N100, 000 fine.

While reacting to the judgement, the Head of Corporate Communications, Ikeja Electricity Distribution Company, Felix Ofulue, said the decision to seek redress in court over attack on the  staff of the company is to stem the menace as he hoped this will serve as a deterrent to other offenders against future reoccurrence.

He further urged aggrieved customers to seek peaceful means of conflict resolution by taking advantage of the redress mechanism established by the Company for such matters, adding that aggression against any staff of the Company is not the best approach to solving complaint or issues.

“Ikeja Electricity Distribution Company has provided various online and offline channels to enable our customers to reach us. Customers should make use of the appropriate channels to communicate their concerns to the Company,” Ofulue noted.

“While the Company will seek legal intervention to address assault on its staff, it will also not condone any act of misconduct displayed by its staff.

“That is why we always emphasised and urged our customers to report improper conduct or illegality through the whistleblowing channels,” he explained.

My boyfriend sold my Jeep without my consent, beat me up — Woman tells court

Undergraduate bags five months imprisonment in Ogun, as EFCC arrests 9 others at Ibadan