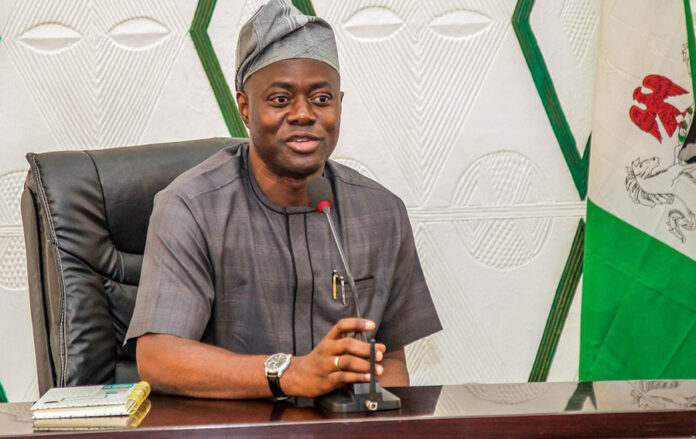 As part of its continuous efforts to ensure adequate security of lives and properties for the entire citizenry of the State, the Oyo State Government has inaugurated Oyo Zonal Peace Security Committee to enhance the activities of the security agencies already put in place.

While inaugurating the committee at Atiba Hall in Oyo East Local Government, the State Commissioner for Local Government and Chieftaincy Matters,  Chief Bayo Lawal , who was represented by the permanent Secretary of the ministry , Mr Segun Ajekiigbe , declared that it’s imperative to put such committee in place in order to overcome security challenges in the zone ,  adding that the move was in accordance with the directive of  Governor Seyi Makinde to inaugurate security committees  within the 7 political Zones in the State to check security challenges facing the country which Oyo State is not exempted.

He said recently, the Ibarapa Zone was inaugurated while the remaining Zones in the State would be inaugurated soonest, he maintained that the committee will comprise all Local Security agencies from all the Local Governments within the State,  adding that this will further create synergy to curb the Security challenges facing the State.

According to him, the committee comprises all the local Governments in Oyo zone such as Oyo East, Oyo West, Atiba and AFIJIO and their Local Council Development Areas should be put together stressing that with this, there would be meaningful synergy to avert security challenges in the state, adding that the committee monthly meeting and resolutions should be forwarded to the Governor through the State Ministry of Local Government and Chieftaincy Matters.

In her remarks, the Iyaloja AFIJIO Local Government, Chief Balkis Ogungbile commended Governor Makinde for his various move to avert security challenges in the State urging him to empower the Amotekun more.

The immediate past Caretaker Chairman, Oyo East, Hon. Saheed Arowosaye thanked the present administration in the State under the able leadership of Engr. Seyi Makinde for the drastic steps taken to ensure security of lives and properties adding that with the zonal security committees put in place, it would further corroborate activities of security personnel in the state.

The Commissioner’s representative and his entourage visited the ongoing construction of the Modern Akesan Market.

Dignitaries at the event were the immediate past Caretaker Chairmen and their Heads of Local Governments Administration HLGAs, Amotekun, Nigeria Police Force and other securities personnel as well as other tribes within the zone.