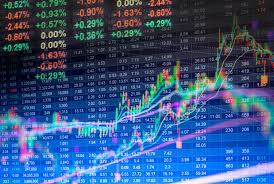 Loss in the shares of Wapic Insurance and 12 others halted  its four-day winning streak of stock market as the benchmark index dipped by 61.35 absolute points representing  0.13 per cent to close at 48,365.14 points from 48,426.49 points it closed for previous trading day.

The downturn was impacted by losses recorded in medium and large capitalised stocks amongst are Wapic Insurance, Capital Hotel, GTCO, Honey flour and others.

Specifically, the year-to-date (YTD) return fell to 13.22 per cent while market capitalisation lost N33.42 billion to close at N26.34 trillion from N26.376 billion it closed trade on Wednesday.

Analysis of yesterday’s market activities revealed trade turnover settled lower relative to the previous session, with the value of transactions down by 11.20 per cent.

In yesterday trading, the trade volume increased a bit by 1.3 per cent to close at 148,157,849 million units N2.98 billion were exchanged in 3,391 deals. Ecobank Transnational Incorporation led the volume chart with 26.36 million units traded, while MTNN led the value chart in deals worth N1.19 billion.

The market sentiments as measured by market breadth closed positive as CHAMS Plc led thirteen 13 others on the leader’s table, while HONEY FLOUR topped seven (7) others on the laggard’s log.