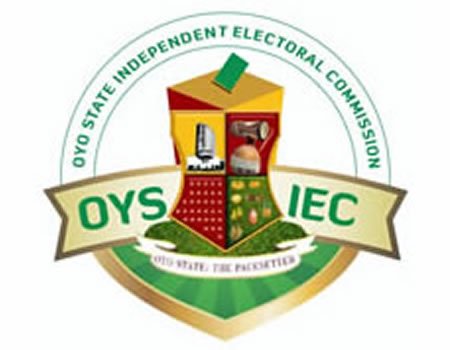 The Oyo State Independent Electoral Commission, OYSIEC has been urged by Labour Party, Oyo state chapter to conduct a free and fair election ahead of  May 15 local government election to be conducted throughout the 33 local government in the state.

Adegoke said political parties shun away from the election due to the previous experience with OYSIEC board as only the ruling party get the larger part of the share.

“This is grassroots elections and we hope that the current OYSIEC Board will keep up to promise as we have been invited to their office twice and they assured us that the election will be free and fair election but we still want to urge them to do that because due to lack of free and fair election is the reason why many political parties are not showing interest in it.”

This is also why we didn’t file in many personnel for the position of chairmanships and councilorship because majority don’t trust the electoral commission but we want to believe that the OYSIEC will ensure that the election is free and fair.”

Adegoke explained that despite the doubt, the party is keen to fight for their place come May 15 local government election as plans have been put in place to ensure victory.

“We are primary and that is the reason we conducted the primary election as we are fully ready to participate as long as the election is free and fair, Labour Party is determine to win the election.”

The Chairman,Oyo State Independent Electoral Commission,(OYSIEC) , Aare Isiaka Abiola Olagunju (SAN), again charged residents and prospective voters in the state who are yet to collect their Permanent Voter’s Cards to visit Independent Electoral Commission (INEC) office to collect their PVCs so as not to be disenfranchised in the coming Local Government Council Elections.

” With this, it will be difficult for anyone to manipulate election results ”

” We have a lot of unclaimed Permanent Voter’s Cards in Oyo state,that is why we are calling on concerned people to collect theirs on time and keep till election day and beyond for us to have an all inclusive polls by May 15, 2021 “