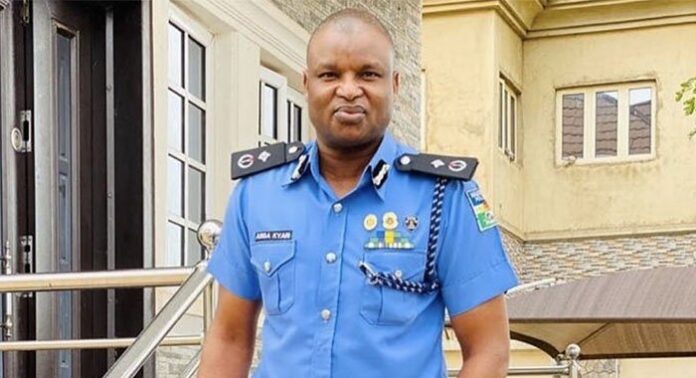 A civil society organisation, Coalition of Public Interest Lawyers & Advocates, says that the Nigeria Police Force should hand over the investigation of a Deputy Commissioner of Police, Abba Kyari, to the Economic and Financial Crimes Commission and the Federal Bureau of Investigation.

This was contained in a statement issued by the lawyers on Friday and signed by COPA National Coordinator, Pelumi Olajengbesi.

DCP Kyari is being wanted by the United States for his alleged role in a $1m scam allegedly perpetrated by suspect Ramon Abbas, aka Hushpuppi, and five others.

It was earlier reported that the United States District Court for the Central District of California alleged that Hushpuppi used Kyari to arrest and jail a “co-conspirator,” Chibuzo Vincent, after the latter threatened to expose an alleged $1m fraud committed against a Qatari businessman.

The Inspector-General of Police on Thursday subsequently ordered a probe of Kyari, who is Commander, IGP Intelligence Response Monitoring Team, after a United States Court issued an arrest warrant for his alleged links to Hushpuppi.

Kyari, who is popularly known as ‘super cop,’ had received rapid promotions and a commendation from the National Assembly for his exploits in crime-fighting. He has since denied the allegations.

Reacting through a statement, the public-interest lawyers said that the Police won’t do a thorough and independent investigation of Kyari because of how highly many Police officers and commanders place the IRT boss.

The lawyers resolved thus, “That the weight of the allegation(s) against DCP Abba Kyari puts his repute and office in question and invites a thorough investigation into the matter in a manner free from prejudicial interference from his colleagues and associates.

“That, bearing in mind the popularity and near hero-worship of Mr. Abba Kyari among the rank and file of the Nigeria Police Force, we wish to express our doubt in the Force’s capacity to impartially lead and conduct an investigation into the FBI’s indictment of their personnel.

“Simply put, the Nigeria Police Force is inherently unfit and unqualified to lead an investigation into the severe allegations of fraud made against one of its most adored personnel.

“Consequently, it is our demand that the Economic and Financial Crimes Commission undertake and oversee an investigation into the weighty allegations against Mr. Abba Kyari, doing so in a working partnership with the FBI that has so far demonstrated vigorous resolve in leaving no stones unturned in this matter.

“Further that, the Police Service Commission, which is statutorily empowered to serve as an oversight body over the Nigeria Police Force, must immediately investigate Mr. Abba Kyari’s alleged abuse of Police powers by unlawfully arresting and detaining a Nigerian citizen at the whim and for the pleasure of Hushpuppi who allegedly paid him to do so.”