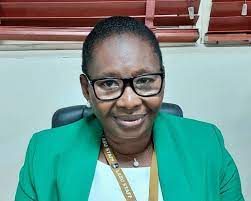 The Senate of the Lagos State University (LASU), Ojo, has elected Prof. Adenike Boyo as the Deputy Vice-Chancellor,Administration, of the institution.

It was reported that Boyo succeeds the former DVC (Adminstration), Prof. Oyedamola Oke, whose tenure ended on Oct. 4, after serving for two consecutive terms of four years.

Mr Ademola Adekoya, the institution’s Head of Centre for Information, Press and Public Relations, disclosed this to newsmen on Tuesday in Lagos.

Adekoya said that Boyo defeated the other candidate for the position, Prof. Yinus Adeleke, by 118 to four votes to emerge the winner.

“Boyo is the first pronounced Professor of Physics and first female Physicist in the Department of Physics, Lagos State University,” he said.

Adekoya said that the election of the new DVC (Administration) would be ratified by the Governing Council of the university.