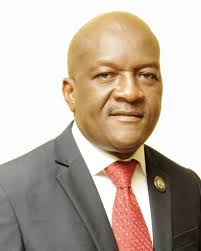 It was gathered that the duo as part of the processes to herald new strategies for coordinated relaying of traffic information would be conveying a stakeholders’ meeting on Tuesday to garner intelligence for better delivery of service to Lagos residents in traffic management.

A statement jointly signed by the General Managers, Lagos Traffic Radio and LASTMA, Tayo Akanle and Bolaji Oreagba respectively revealed that the forum will further seek to create stronger synergy between the two partner agencies in advancement of traffic management, coordination, and reportage.

The statement made available to Nigerian NewsDirect read partly: “All is now set for the maiden edition of an engagement between Lagos Traffic Radio and Lagos State Traffic Management Agency (LASTMA) where the process leading to the provision of traffic information especially on roads amongst others will be reviewed for improved service delivery.”

The statement further revealed that the conversation will centre around improving service delivery that is geared towards achieving the Greater Lagos vision of the Governor Babajide Sanwo-Olu-led administration, just as it will also be speaking directly to the Traffic Management and Transportation component of T.H.E.M.E.S Agenda.

The statement mentioned that “part of the objectives of such an epoch-making event is to ultimately add value to motorists/commuters in Lagos as it is important to enhance their productivity through reducing travel time on the roads.”

“The forum whose theme is tagged ‘Repositioning of Traffic Information Agencies for Better Performance’ will have in attendance Lagos Traffic Radio On Air Personalities (OAP) and LASTMA Zonal Controllers and field officers amongst others and it will be coming up on Tuesday January 18, 2022 at Radio Lagos/Eko FM Hall,LTV Complex Ikeja at 10:00 a.m

“Mr. Gbenga Omotoso who is the Commissioner for Information and Strategy in the State will give the keynote address and declare it open while his counterpart in Transportation, Dr. Fredric Oladeinde, Special Adviser on Transportation, Toyin Fayinka and Head of Service, Hakeem Muri-Okunola will equally give a good will message at the event,” the statement gave details.