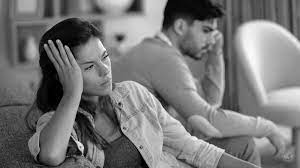 A legal practitioner, Mr Olayemi Olaniyi, has said that lack of communication in marriage can spell disaster in the relationship.

Olaniyi, in an interview with newsmen in Lagos on Friday noted that lack of proper communication in marriage between a husband and the wife was a fast track to divorce.

According to him, communication is how couples express their feelings, ideas, and expectations, build a rapport and solving problems together.

“One of the biggest culprits of a failed marriage is the lack of communication.

“Talking is how you connect, share your thoughts and feelings, wants, needs and how you resolve a conflict,” he said.

He said that failure to communicate makes it difficult to resolve financial and emotional issues.

The lawyer said that poor communication in marriage could deepen the gaps between spouses and could be damaging to the relationship.

“Money is the most intense and recurring topic couples fight about, couples need to learn to discuss their finances.

“The less you communicate with your spouse, the more emotionally distant you will become.

“Inability to communicate makes sex life to diminish and it can lead to infidelity.

“Couples who do not talk to one another are nothing more than roommates.”

He advised couples to make efforts toward healthier communication to avert their marriages from crashing.

“Never take good communication for granted. Do not take decisions alone without involving the other partner and look to each other for support.

“Be willing to open up and share thoughts, feelings, needs and time with one another in order to have happy and healthy relationships.”

He also urged couples to seek intervention from a marriage counsellor when communication issues start brewing.