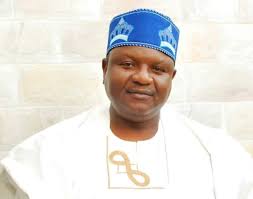 A chieftain of the All Progressives Congress (APC) in Boluwaduro Local Government Council Area of Osun State, Prince Adekunle Famodun, has canvassed support for the re-election project of Governor Gboyega Oyetola in the July 16, 2022 governorship election.

Famodun in a radio programme in Osogbo, the Osun State capital, yesterday stated that there is no credible alternative to Governor Oyetola with reference to the ongoing developmental projects across the state.

The Igbajo-born prince observed that the level of the development attracted to Osun State by the Oyetola-led administration is unprecedented.

The APC chieftain hinted that Oyetola is a tested and trusted hand whose experience garnered in and out of office over the years would continue to add value to the fortune of the state in the overall interest of the people.

Famodun appealed to the people of his constituency in particular and the entire state in general to troop out with their Permanent Voters Cards and cast their votes for Governor Oyetola.

He made a reference to the rehabilitation and reconstruction of the Igbajo-Ada road by Oyetola at a record time as one of the reasons why the electorate in his constituency should work assiduously for the re-election of Governor Oyetola.

The APC chieftain also highlighted the construction/rehabilitation of Ede township roads, Osogbo-Ejigbo road, Alekuwodo inner roads and many others as some of the superlative achievements of Governor Oyetola.

In his words: “Governor Oyetola has turned the whole state into a construction site to the extent that there is no local government across the state that the positive impact of his administration is not being felt.

“Oyetola has not only been paying the government workers their salaries as and when due, he has also been paying same in full.

“The Oyetola-led administration has not been toying with security of lives and property which has been sustaining the categorization of the state as one of the most peaceful in Nigeria.

“A vote for Oyetola is a vote for sustainability of development across the state”, the Igbajo-born prince stated.