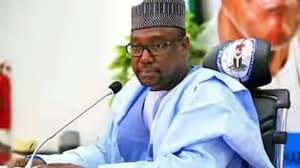 Niger State Governor, Abubakar Sani-Bello on Friday said kidnapped students and teachers of Government Science College, Kagara have not yet been released by their abductors.

Bandits stormed the school in the early hours of Wednesday, killing a student and kidnapped 27 students, three teachers and 12 family members.

Rumours were rife on Friday that the kidnappers had released the students and others after popular Islamic cleric, Sheikh Ahmad Gumi met with the bandits.

But Bello denounced rumours of the release, saying the students and others were still being held captive.

The governor, however, said government was in the last stage of negotiations with the bandits.

He promised that the victims would be released soon.