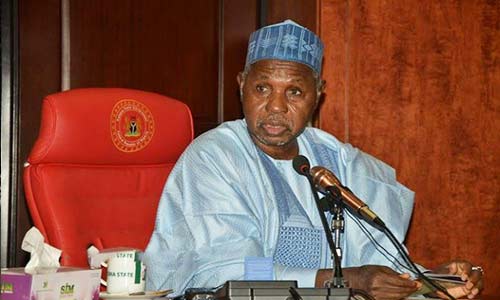 Gov. Aminu Bello-Masari of Katsina state says the State Government has recruited no fewer than 2,500 teachers from across 34 Local Government Areas of the state, in recent times.

Bello-Masari disclosed while chatting with members of the All Progressive Congress (APC) youths during a courtesy visit they paid to him on Wednesday, in Katsina.

He said the government was gradually converting candidates of the S-power programme in the state, to permanent and pensionable staff, to replace teachers that had retired from the service.

According to him, this development was part of his administration’s commitment in moving the education sector forward, adding that no amount of investment can be too much on education, in realisation of its importance to societal growth.

Bello-Masari, therefore, called for massive investment on education by the three tier of governments.

“The Katsina State Government is considering the expansion of its institutions of higher learning, to accommodate the increase in the number of candidates seeking admission.

“The introduction of qualifying examinations by the present  administration had raised the performance of the final year students of Senior Secondary schools in the state.

“This had made it possible for them to exceed the slots set aside for them in the tertiary institutions within the catchment area of the state.” he said.

Bello-Masari said his administration was more committed to re-positioning the education sector, through renovations and expansions of both primary and secondary schools, as well as providing them with more teaching and learning materials.

Earlier, the leader of the team, Dr Tom Ohikere, had appreciated the governor’s commitment to the delivery of basic education in the state.

Ohikere said that some of the school projects inspected by the team and effort of sustaining Universal Basic education, as well as annual record of pupils enrollments into schools, had proved the governor’s determination in re-positioning the sector.

He observed that prompt payment of remunerations and welfare packages, as well as timely promotions of teachers were worthy of commendation.

The achievements recorded by the governor, the team leader said, and other considerations had qualified the governor for a national award, slated for Sept 2, 2021 in Abuja.