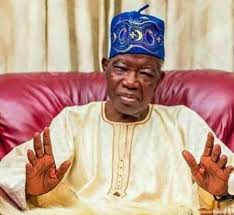 Gov. Bala Mohammed of Bauchi State on Friday mourned the death of the first civilian governor of Lagos State, late Alh. Lateef Jakande, who died on Thursday at 91

Mohammed, who described the death of Jakande as a monumental loss to Nigeria and the media industry at large, said he was a nationalist and a champion of social justice.

This is contained in a condolence letter to Lagos state governor, Babajide Sanwo-Olu, and was made available to newsmen in Bauchi by Mr Mukhtar Gidado, Senior Special Assistant (SSA) on Media to Gov. Mohammed.

“Late Jakande was a Nationalist, a political icon and an acclaimed champion of social justice. These sterling qualities will forever remain in our hearts,” the governor said.

Mohammed prayed that the Almighty Allah forgive all his shortcomings and grant him eternal bliss in paradise.

He also prayed God to grant his family, the people of Lagos state and other Nigerians the fortitude to bear the loss.

It was recalled that Jakande was a journalist who hailed from Omu-Aran in Kwara , he served as governor of Lagos state from 1979 to 1983.

He later became Minister of Works and Housing under the late Sani Abacha’s military regime between 1993 and 1998.