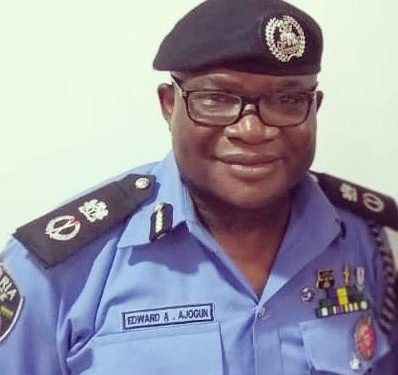 Against the incessant cult clashes in Ogun State of recent, the Commissioner of Police, CP Edward Awolowo Ajogun, has said that the state police command would not hesitate to unleash its full arsenal against anyone who has decided not to allow the state to continuing enjoying peace across its 20 local governments.

The Commissioner of Police, Edward Awolowo Ajogun made this declaration on Tuesday while engaging youths, community leaders and security stakeholders in Ijebu over the need to find lasting solution to the problem of cult clashes around Ijebu Ode and its environs said to have claimed about 25 lives in the last one month.

He urged them to cooperate with the police in its fight against cultism.

Ajogun, who met with the stakeholders at the Ijebu Area Command, Igbeba in Ijebu Ode, shortly after parading eleven suspected members of the Eiye Confraternity before newsmen, said the “battle of supremacy” between rival cult groups had claimed no fewer than 25 lives.

He expressed his dismay at the incessant clashes in the town, declaring the police command would come all out against the culsits, not only in Ijebu Ode but everywhere in Ogun state.

The CP said the command had worked to curtail the violent activities of both Eiye and Aiye groups by confronting them heavily, which led to the death of a a member on the 29th of December, 2020.

He stated that no fewer that sixteen persons had been arrested in the last one month, while assorted arms and ammunition were recovered from them.

According to him, some of the suspects are currently undergoing prosecution for the offences of attempted murder, murder, robbery and cultism.

Ajogun, who said the successes recorded by Ogun State Police Command in restoring calm to Ijebu Ode area, was truncated on January 9, 2021 when one Michael Jayeola, a member of Black Axe, was shot dead and had his right arm severed at Ijebu Mushin market, declared that police would engage cultists “fire-for-fire” in the state.

“I therefore want to sound a note of warning to all the leaders, rank and file members, counsellors and procurers of cultists, others who are nursing the ambition of joining them, that the command  is all out for you all. We are determined; we are battle ready. Henceforth, any person, cultist or not, found with weapon, or displaying weapon in the public, or using same to maim or kill in Ijebu Ode metropolis, Ijebu Ode environs, indeed in any part of the state, will be dealt with in the most decisive manner.

“It would be fire-for-fire, and whoever is arrested, will be made to face appropriate charges, including attempted murder, murder, armed robbery and kidnapping. This warning is for all the youths and parents in Ijebu Ode and its environs in particular and to the general public at large.

“All hands must be on deck to checkmate the disturbing activities of these hoodlums, which is portraying Ijebu Ode and its environs in bad light. No cult group will be permitted to derail the town from path of peace, progress and advancement”. The CP stated.

While commending the state governor, Dapo Abiodun for providing logistics and support to the police in tackling the menace of cultism and other violent crimes, Ajogun called for the cooperation of members of the public by providing useful information to the police in fight against insecurity in the state.

The CP later visited some cultists’ flashpoints in Ijebu Ode to sensitise youths and community leaders on the dangers of aiding and abbeting cult groups.

Man, 24, to die by hanging for killing brother

How we helped to arrest alleged murderers of FIRMAN CEO — Witnesses