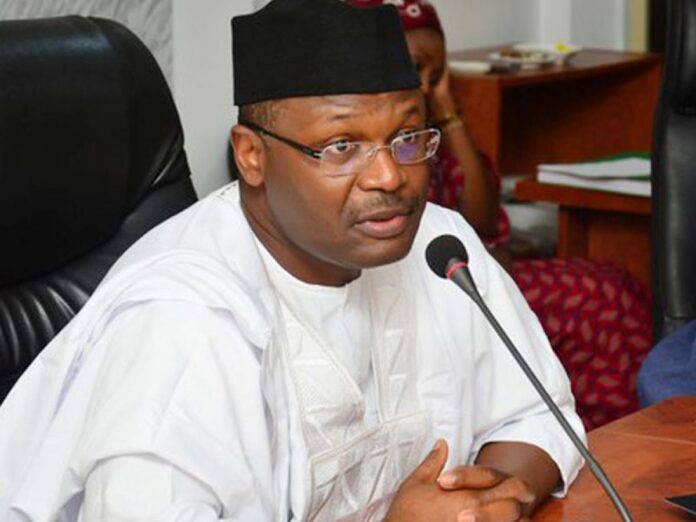 INEC promised on Tuesday to deliver the best ever general elections in Nigeria in 2023 following the revelation that Continuous Voter Registration (CVR) has hit 10.1 million.

Its Chairman, Prof. Mahmood Yakubu, gave the assurance when he received delegations of the International Republican Institute (IRI) and that of the National Democratic Institute (NDI) in Abuja.

He said the meeting was the first that INEC was hosting after Saturday’s Governorship election in Osun and assured that it would improve on its successes in subsequent elections.

“We are encouraged by your kind words, but there is still a lot of work to do.

“We assure you that we will continue to work not only hard but even harder to deliver the 2023 general elections.

Prof. Yakubu also spoke about the Governorship elections held in Ekiti in June and that of Osun held on Saturday.

“As for the preparation for the 2023 general elections, I want to assure you that we promised Nigerians that Ekiti was going to be good and Ekiti was a good election.

“We promised that Osun was going to be better, Osun had a better election. We are promising that the 2023 general elections will be our best election ever and we are committed to delivering the best election ever,” he said.

Earlier, Mr Frank LaRose, Secretary of State for Ohio, U.S.A and leader of the delegations, commended INEC on its various efforts at improving on the conduct of elections in Nigeria.

LaRose, who is an election Commissioner in the State of Ohio, described his first visit to Nigeria as a great learning opportunity. He urged INEC to keep improving on Nigeria’s electoral system.

“I lead a delegation of high level election experts from around the region, as well as from the United States.

“These are delegations who share with you the common belief that the people of Nigeria deserve to continue to have free, fair, and acceptable elections, so we are working to prepare for the presidential election in 2023.

“We took the opportunity to visit Osun because that was only the second time an election has been conducted under the new Electoral Law.

“We met with the Resident Electoral Commissioner (REC) in Osun and we observed many different polling locations on election day.

“First, I want to commend you all for the ongoing work that you do to continue to improve. We always know there is room to get better.

“We, however, need to first recognise the continuous improvement that INEC has made to deliver safe elections,and that is something that we were able to see first-hand,” LaRose said.

The commission said this in the quarter four, week 13 released on Monday night on its social media platform.

INEC said it has also received a total of 26,645,124 applications for voter transfer, requests for replacement of PVCs and update of voter information record, etc.

The Commission has fixed July 31 for the suspension of the CVR ahead of the 2023 general elections.