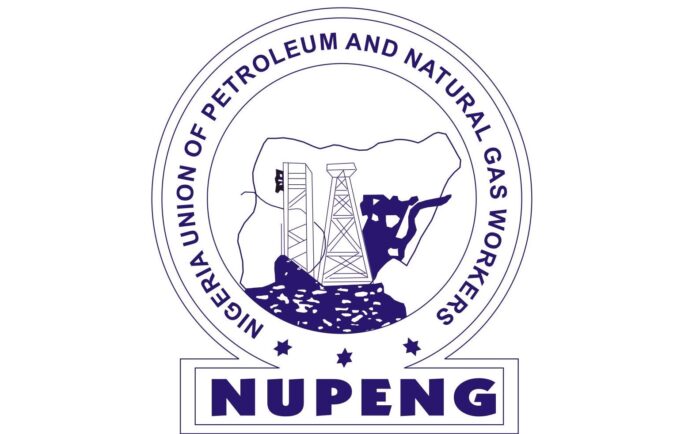 The Nigeria Union of Petroleum and Natural Gas Workers (NUPENG) has extended its nationwide strike notice by seven days to the timely intervention of Nigeria National Petroleum Corporation, NNPC.

The union claimed of indiscriminate sacking of members without payment of their benefits, would have expired on Monday November 29, 2021.

The Union had on also threatened to stop fuel distributions across the country if its grievances were not within this 14 day window.

The union insisted that the pending issues did not require any further meeting or negotiation.

It lamented that some of the issues had been pending since 2012 despite interventions by the Federal Government through the Ministry of Labour and Employment in the Union’s favour.

However, indications have emerged the extension was due to the NNPC intervention and discussions with parties and other relevant stakeholders are ongoing.

The statement by its General Secretary, Afolabi Olawale, NUPENG, said “Following the various interventions and engagements with government agencies and institutions, most especially the Nigerian National Petroleum Corporation (NNPC) on the 14 days ultimatum issued by the Union, the leadership of the Nigeria Union of Petroleum and Natural Gas Workers (NUPENG) has decided to extend the 14-day ultimatum given to the federal government which was expected to terminate on Monday 29th November 2021 by 7 days from the initial terminal date of Monday, November 29, 2021.

“Though these issues concerning the welfare of our members and unfair labour practices by some oil majors are yet to be fully resolved by these engagements, the leadership of the Union is still exercising further patience and restraint to give the on-going discussions the chances of resolving these issues once and for all.

“It is our hope that the Federal government and all other concerned entities will take advantage of the extension to do the needful and save the nation the pains and losses our industrial action would bring. We urge our members to remain calm and await further directives as our solidarity remains.”