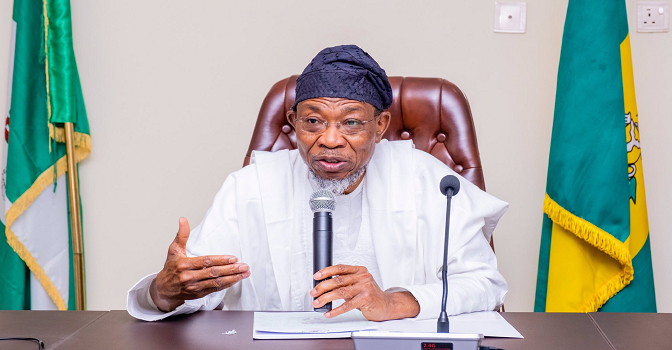 The Federal Government has disclosed yesterday that, at least, 250,000 international applied for by applicants across the country have not been collected while warning the officers of Nigerian Immigration Service (NIS) against racketeering.

The Minister of interior, Rauf Aregbesola stated this while Speaking on Thursday in Enugu during the unveiling of the enhanced electronic passport facility and commissioning of the passport production centre.

The Minister affirmed that the Federal Government was working to phase out the old electronic passports.

Reacting to the recent outcry over allegation of artificial delays in passports issuance, Aregbesola disclosed that, “last time I checked, over 250,000 passports remain uncollected by applicants.

“Their owners will probably be among those complaining they are yet to receive their passports.

“Nevertheless, many applicants are not going to have their passports because of the errors in their applications, which delayed processing.

“They may not know because they applied through touts and other illegal channels,” he said.

The passport production centre, inaugurated three months after the commissioning of that of the South-west in Ibadan, is to serve entire Southeastern Nigeria.

The Minister said the introduction of the enhanced electronic passports was to eradicate scams, racketeering and all other forms of corruption in the application process of the document.

He charged all Nigerians to process the application for their passport online, warning Nigerians not to patronise touts and Nigeria Immigration Service officials.

“It is the latest passport technology…It is difficult to forge as the improved security features will make any attempt not only impossible but also easily noticeable,” he said.

Nigeria is the first country in Africa to migrate to the type of passport, according to the NIS CG

Recall that Idris had assured Nigerians that the delay in renewing international passports or getting new ones would end by March 2022.

He had attributed the challenge of delayed passport production to the coronavirus pandemic, accompanying global lockdowns, and the difficulty in accessing foreign exchange in the country.

Mr. Idris said part of the efforts towards addressing the problem is the launch of the enhanced e-passport, which he noted has been embedded with improved features.

He said, “With the introduction of the enhanced e-Passport, we are good to go in our efforts towards addressing the scarcity. This enhanced e-passport is a great improvement on the biometric passport technology which we adopted as a country in 2007. It is a strategic step towards curbing forgery, impersonation and other forms of fraud associated with obtaining travel documents under the old Machine Readable Passport regime.”