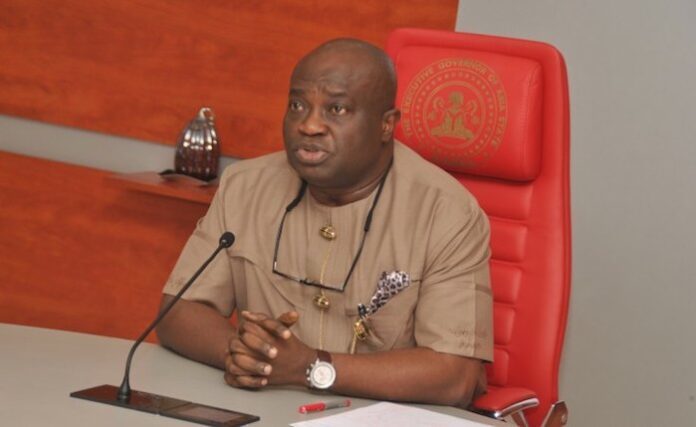 Gov. Okezie Ikpeazu of Abia says the state government is ready to deploy necessary resources toward the realisation of the Dry Port project at Ntigha, near Umuahia.

Ikpeazu said this on Saturday, when officials of the East Gate Inland Container Terminal Limited, a Federal Government Concessionaire for the project, visited him at the Government House, Umuahia.

He described the project as an effective strategy to tackle the challenges encountered in trade and commerce in Abia, the entire South-East and South-South zones.

The governor described the importance of a port of destination for trade and commerce as enormous.

He further said the absence of the facility in the southeast, considered to be land-locked, had worsened the logistics and transportation challenges faced by entrepreneurs in the zone.

He said the project was very important to Abia because of its relevance to the government’s efforts to improve the citizens’ welfare and make the state an investors’ haven.

“It is on this premise that I say that this government appreciates the importance of this project to trade and commerce, tackling unemployment and security.

“This particular project sits squarely at the jugular of our efforts to create better life for our people.

“I want to commit, on behalf of government, that we will do everything to support this project, but my worry is that I will love to see a workplan and timelines.

“We want to see complementary actions, in terms of serious investments on ground, and government will not spare anything to do its part in ensuring the success of the project,” Ikpeazu said.

Earlier, Dr Kingsley Usoh, the Director of the company, described the project as a response to the cry of southeast entrepreneurs, who yearned for a port of destination in the zone.

Usoh said that logistics and transport were central to the development of  every society.

He said the project would create not less than 1.5 million jobs within 18 months of its take off.

He also said it had the capacity to boost the Internally Generated Revenue of the state, when operational.

According to him, about 75 per cent of all the containers that come into Lagos are eastern-bound.

”If this project is realised during your tenure as governor, then you would have succeed in writing your name in gold and building a lasting legacy.”