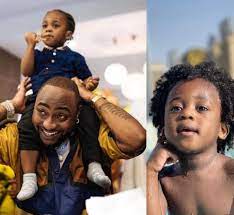 Davido’s domestic staff are still in custody following the death of his son, Ifeanyi Adeleke.

The Lagos State police spokesperson, Benjamin Hundeyin, said on Thursday that an investigation is ongoing to unravel the circumstances surrounding the death of the toddler.

According to early reports, the three-year-old allegedly drowned in his father’s swimming pool in Banana Island, Lagos and was underwater for an unspecified period before he was spotted.

Following the tragic incident, on Tuesday, days after his third birthday, the police detained eight domestic staff of the singer for questioning, including the late Ifeanyi’s nanny and cook.

The police also said they are reviewing the CCTV footage of the late Ifeanyi on the night of his death.

The police said that the two detainees are helping to shed light on the death of the toddler.

Mr Hundeyin declined to state the police division where the domestic staff are kept for their safety. He said that people might besiege the division and bring unnecessary attention.

He added that the six domestic staff that were released were “smuggled out” of the division so as not to arouse suspicion.

While the deceased parents have been silent, a US-based pastor, Tobi Adegboyega, said he has spoken with Davido twice after the incident.