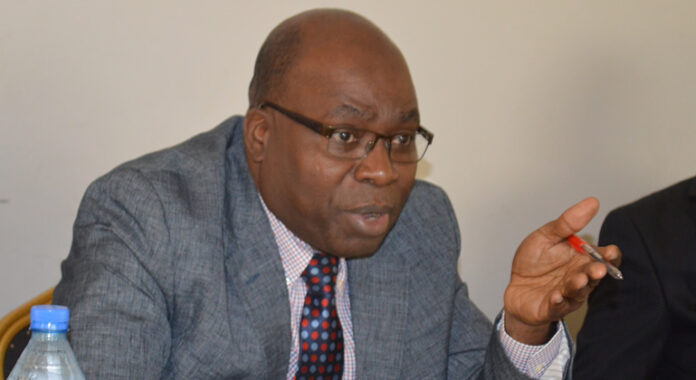 The Chairman, Independent Corrupt Practices and other Related Offences Commission (ICPC), Professor Bolaji Owasanoye has promised to tackle corruption-related matters arising from estimated billings, illegal selling of meters, and other related offences in the electricity sector.

Owasanoye said this while speaking at a consultation meeting of business membership organisations and electricity regulatory bodies organised by the Association of Public Policy Analysis (APPA-Nigeria), in Abuja, recently.

He noted that the incessant complaints about high billings of electricity tariff by power regulators were becoming rife.

Owasanoye, who was represented by Mallam Hassan Salihu, an Assistant Commissioner in the Commission, called on Non-Governmental Organizations (NGOs), Community-Based Organizations (CBOs), and electricity regulatory bodies to join hands in the prevention of electricity-related corruption in Nigeria.

The ICPC Chairman revealed that the Commission articulated the National Ethics and Integrity Policy which is geared towards instilling lost values as a norm in the lives of citizens in the country.

He added that the Commission was working to ensure accountability across the public and private sectors through the implementation of these core values, explaining that it would enable people working in the sectors to shun all forms of corruption.

Professor Owasanoye further stated that the Commission was empowered by its enabling law to carry out system studies and reviews in government agencies and departments to mitigate the occurrence of corrupt activities in such organizations.

According to him, the ICPC was working to ensure accountability across the public and private sectors through the implementation of these core values, explaining that it would enable people working in the sectors to shun corruption.

Professor Owasanoye further stated that the Commission was empowered by the law to do system studies and reviews in government agencies and departments to mitigate the occurrence of corrupt activities in such organizations.

Earlier in his welcome address, the Director-General of the Small and Medium Enterprises Development Agency of Nigeria (SMEDAN), Dikko Umaru Radda, who was represented by Mrs. Olabanjo Fowler, an Assistant Director, Partnership and Coordination, said that it was the responsibility of SMEDAN to formulate and implement policies that would ensure the ease of doing business to make MSMEs competitive in the global market.

Radda also stated that the multiplier effects of high electricity tariffs, poor transmission distribution, and supply of electricity on businesses were in no doubt grievous, adding that, it will increase MSMEs production costs and it would reduce their competitiveness in the global market.

He, therefore, called on other relevant agencies to partner in identifying the possible areas of intervention as it relates to electricity consumption protection in Nigeria.

In his paper titled “Mobilizing Stakeholders for Protection of SME Electricity Consumers Against unfair Business Practices through Enforcement of Electricity Consumers Protection Licensee Performance Standards for Job Creation and Economic Growth” the National President, Association for Public Policy Analysis (APPA-Nigeria), Comrade Princewill Okorie, said that micro, small and medium enterprises operators have continued to complain over abuse of their rights as consumers of electricity.

He further stated that the issues had affected SME operators who need electricity to carry out their production and services by hindering operations and increasing their cost of production as they resort to using generators at additional cost as well as paying unjustified exorbitant bills.

Okorie said that the unfair business practices against consumers are not abating while the expected support given to SMEs by funders is minimal.