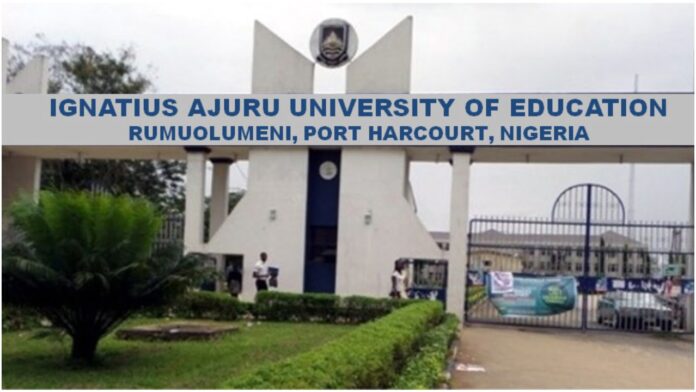 The Management of Ignatius Ajuru University of Education (IAUE) has suspended six students for engaging in examination-related offences.

The students, in a statement by the Vice-Chancellor, Prof. Ozo-mecuri Ndimele, were punished for engaging in impersonation and misconduct during the examination.

One of the affected students, Faith Omie, from the Department of Political Science was said to have hired one Sunday Ajie to write POL 214 for her.

The statement said Ajie was suspended for impersonation following the allegation that he was hired by Omie to write the examination.

Others from the political science department were Augustine Owen, who was caught in an examination hall copying from a smartphone; Godwin Prince Chiduga caught with copied materials relevant to the course and Marvelous Wokoma caught for committing a similar offence.

The statement also said that John Rich Dike from the Department of Health, Human Kinetics & Safety was punished for his involvement in cult-related activities on campus, causing bodily harm to a fellow student.

“All the cases have been sent to the Students Disciplinary Committee for further investigation.

“Their names have also been sent to the Department of State Service (DSS) for profiling,” the statement said.