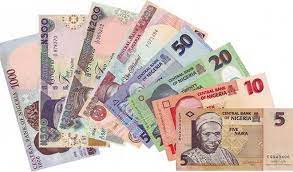 Naira at the Investors & Exporters Foreign Exchange (I & EFX) window on Wednesday appreciated 0.13 per cent against the Dollar to close at N410.95.

At the parallel market, while the Naira closed flat against the Dollar and Pound sterling at N502 and N715 respectively, it lost 0.33per cent against the Euro to close at N607.

“Going forward, we expect the FX market to be dictated by heightened dollar demand and CBN FX policies,” according to analysts at Investment One research.

Money market rates closed up today as the Open Buy Back and Overnight rates increased by 34bps and 50bps to close at 14.67 per cent and 15.17 per cent respectively.

The bond market traded on a quiet note today with yields remaining unchanged across most maturities. Consequently, the yields on the 5-year, 7-year and 10-year benchmark bonds close flat at 12.16 per cent, 12.78 per cent and 12.94 per cent respectively.

“In the near term, we expect market activity to be influenced by liquidity levels and foreign investor participation,” analysts at Investment One research said.

The country’s external reserve continued its decline, as it dropped by $67 million on Monday, 7th June 2021 to close at $34.103 billion, representing a 0.2per cent decline when compared to $34.170 billion recorded on Friday.

The foreign reserve has lost about $1.266 billion year-to-date, having recorded declines consecutively for 32 days.

The current position also represents the lowest level in over one year. The last time Nigeria’s foreign reserve position was this low was 7th May 2021, when it stood at $31.19 billion.

The decline persists despite the increase in global crude oil prices.

The decline can be attributed to a drop in crude oil export arising from the reduction in the purchase of Nigeria’s crude oil by India, a major importer of Nigerian crude and a nation currently burdened by a second wave of the COVID-19 pandemic.