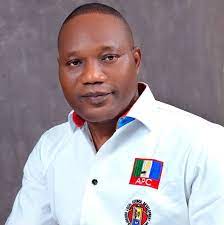 The Executive Chairman of Ojokoro LCDA, Hon. Hammed Idowu D. Tijani (HID) has broken the silence over the rumour flying around as regards him spending public fund on political campaigns.

HID Tijani made this know during a media chat with pressmen at the council secretariat on Thursday.

In his address, he said all the logistics, materials and other facilities used for the public declaration were sponsored by his loyalists and supporters.

“I did not give Saheed Osupa a dime and all that you see that day were sponsored by my supporters and loyalists,” he said.

“If you know HID, you will attest that I do not fancy all those kinds of things but when my loyalists and supporters said that is what they want and they are spending their money to achieve that, who am I to stop them”, HID concluded.

He also used the opportunity to inform the public that he has not given anybody money to facilitate his second term bid and support.