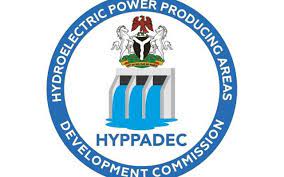 The Hydro Power Producing Areas Development Commission (HYPPADEC) has begun the distribution of relief materials to affected flood victims following the recent impacts of flooding on the member communities.

HYPPADEC governing council Chairman, Mr. Joseph Ityav, said this at the council meeting of the commission in Minna on Thursday.

Ityav said that ongoing erosion projects in Benue and Kwara state had reached more than 80 per cent completion.

He expressed concern over the flood currently ravaging communities due to the volume of rain and water that compelled dams to release water downstream.

He, however, charged them to abide by authorities’ instructions to minimise negative impact of the disaster.

The chairman revealed that a task force had been set up to provide relief materials to the affected communities in the six states of the commission while the campaign of flood alert would be sustained.

Also, the Managing Director of HYPPADEC, Alhaji Abubakar Yelwa, said that the affected communities and persons had already been identified.

Yelwa said that the relief materials would get to the real people as desired.

He said that the items to be distributed would include roofing sheets, food items, cash and adequate medical intervention as well as free drugs.

The managing director said that the distribution would begin immediately.