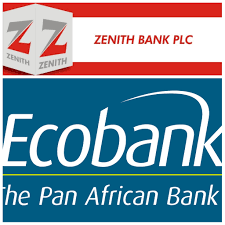 A total of five banks deposit rose significantly to N34.3 trillion in half year 2022 results, representing 5.6 per cent increase from N32.4 trillion reported as of end of December 2021 – this is according to Nigerian NewsDirect investigation.

From the audited half year 2022 financial statement, Ecobank Nigeria, reported highest deposit, followed by Access bank which recorded as the second, while Zenith bank recorded as the third.

The Group Chief Executive Officer of Guaranty Trust Holding (GTCO Plc), Mr. Segun Agbaje, in a statement said, “Our results show an increase in key revenue lines and a strong performance in other financial metrics which reinforce our growth prospects as a leading financial services company. Our priority at the start of the 2022 financial year was to bring the Group’s new businesses on-stream, starting strong with a focus on long-term viability. At present, we have successfully expanded our financial services ecosystem to include HabariPay Ltd, Guaranty Trust Fund Managers Ltd, and Guaranty Trust Pension Managers Ltd, and all of them are P&L positive.”

He further stated that, “These newly created businesses will operate alongside our flagship banking franchise to offer increased value to our growing customer base as well as other stakeholders. We will continue to build on our core strengths of service excellence, innovation, and flawless execution to deliver our corporate objectives for the year and further our vision of being Africa’s leading financial services institution.”

UBA’s Group Managing Director/Chief Executive Officer, Mr. Oliver Alawuba said, “Our performance in the first half of year 2022 is in line with our expectations as the Group grew gross earnings by 17.8 per cent, largely from double digit growth in both net interest and non-interest income. We have continued to leverage our Customer -1st philosophy to pursue the mission of providing superior value to our stakeholders. This is evident in the increase in low-cost customer deposits, and strong growth of our payments and transaction banking.

“The financial year 2022 showed initial signs of recovery of economies across the globe, despite continued COVID-induced supply-chain disruptions.

“However, geopolitical challenges including the Russia and Ukraine conflict, resulted in escalation of global commodity prices, particularly those of grains and crude oil, which have taken a toll on several economies. Notwithstanding these developments, our half-year numbers came out stronger than the prior year, with top and bottom-line reaching new record highs.

“Our investments in state-of-the-art technology continue to yield expected results, evident in the huge boost of our digital banking income, which grew 22.7 per cent year-on-year to N36.3 billion. These gains have enabled us to optimize net earnings amid the accelerating inflationary pressure, the currency devaluation, and increased regulatory induced cost.”

In a swift response, the Vice President of HIGHCAP Securities Limited, David Adonri said, “The above report shows that the deposit liabilities of those  banks grew significantly in 2022 when compared to the same period in 2021 may be probably due to hike in interest rate and increasing economic activities.”

Also reacting, the CEO of Centre for the Promotion of Private Enterprise (CPPE), Dr.Yusuf Muda, said, “The growth in deposit is an indication that economy is gradually recovering, when economy is recovered, the level of deposit will also increase.”