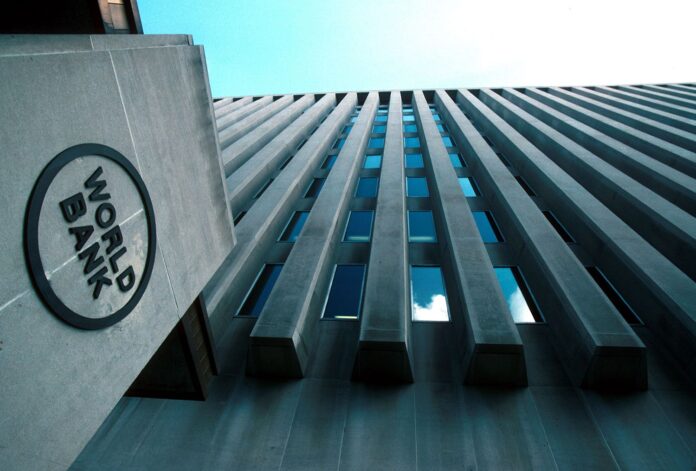 The World Bank says economic growth in Sub-Saharan Africa is expected to rise between 2.3 per cent and 3.4 per cent in 2021.

It said this in its Africa Pulse, a publication on Africa’s economy titled “The Future of Work in Africa: Emerging Trends in Digital Technology Adoption” released in Washington D. C. on Tuesday.

According to the report, the growth is dependent on the policies adopted by countries and the international community, as a second wave of COVID-19 infections have partly dragged down the 2021 growth projections.

It said that while some countries had a significant drop in COVID-19 infections due to containment measures adopted by the government, other countries are facing an upward trend in infections.

It however said that real Gross Domestic Product (GDP) growth for 2022 is estimated at 3.1 per cent.

It added that for most countries in the region, activity would remain well below the pre-COVID-19 projections at the end of 2021, increasing the risk of long-lasting damage from the pandemic on people’s living standards.

The World Bank added that real GDP in the Western and Central Africa sub region is projected to grow at 2.1 per cent in 2021 and 3.0 per cent in 2022.

According to it, growth in the Western and Central Africa sub region contracted by 1.1 per cent in 2020, less than projected in October 2020 partly due to a less severe contraction in Nigeria, the sub region’s largest economy, in the second half of the year.

“Metals exporters and non-resource-rich countries are expected to drive the recovery,” it said.

The report said that Sub-Saharan Africa’s recovery was expected to vary across countries.

It said that non-resource-intensive countries, such as Côte d’Ivoire and Kenya, and mining-dependent economies, such as Botswana and Guinea, were expected to see robust growth in 2021.

This would be driven by a rebound in private consumption and investment as confidence strengthens and exports increase.

It estimated that in the Eastern and Southern Africa sub region, the growth contraction for 2020 would be -3.0 per cent, mostly driven by South Africa and Angola, the sub region’s largest economies.

It added that excluding Angola and South Africa, economic activity in the sub region was projected to expand by 2.6 per cent in 2021, and 4.0 per cent in 2022.

In a statement issued by the bank, Mr Albert Zeufack, World Bank Chief Economist for Africa, said African countries have made tremendous investments over the last year to keep their economies afloat and protect the lives and livelihoods of their people.

“Ambitious reforms that support job creation, strengthen equitable growth, protect the vulnerable and contribute to environmental sustainability will be key to bolstering those efforts going forward toward a stronger recovery across the African continent.”

World Bank Vice President for Eastern and Southern Africa, Hafez Ghanem said he was convinced of the power of digital technology to transform the future of Africa.

“We applaud countries that are already making necessary investments and innovative reforms, as this will not only create new jobs, but improve the jobs people already have and allow more people to work, earn and provide for their families and communities.”

The Pulse, said that as the region looks ahead to economic recovery, digital technology not only had the potential to create new jobs, but could also help boost the productivity of existing ones.

It also pointed to mounting evidence that showed that large employment increases resulted in better employment opportunities for both low-and high-skilled workers and vulnerable groups such as women and young people.

It said that to harness the full potential of the digital technologies and to take advantage of the energy and ideas of a young, dynamic population, African governments, development partners and the private sector should prioritise digital infrastructure.

It added that they should invest in science, technology, engineering and math (STEM) skills and enhance the skills of workers to advance human capital.

World Bank Vice President for Western and Central Africa, Ousmane Diagana said for the continent to leapfrog and to make the digital economy more inclusive, it would require actionable policies in place to ensure fast, affordable and reliable connectivity.

“This will be key to boost productivity and improve employment and wages for both women and men in the formal and informal sector.

“As countries move forward, jobs, digital connectivity and skills will need to be at the center of policy action and private sector response.”