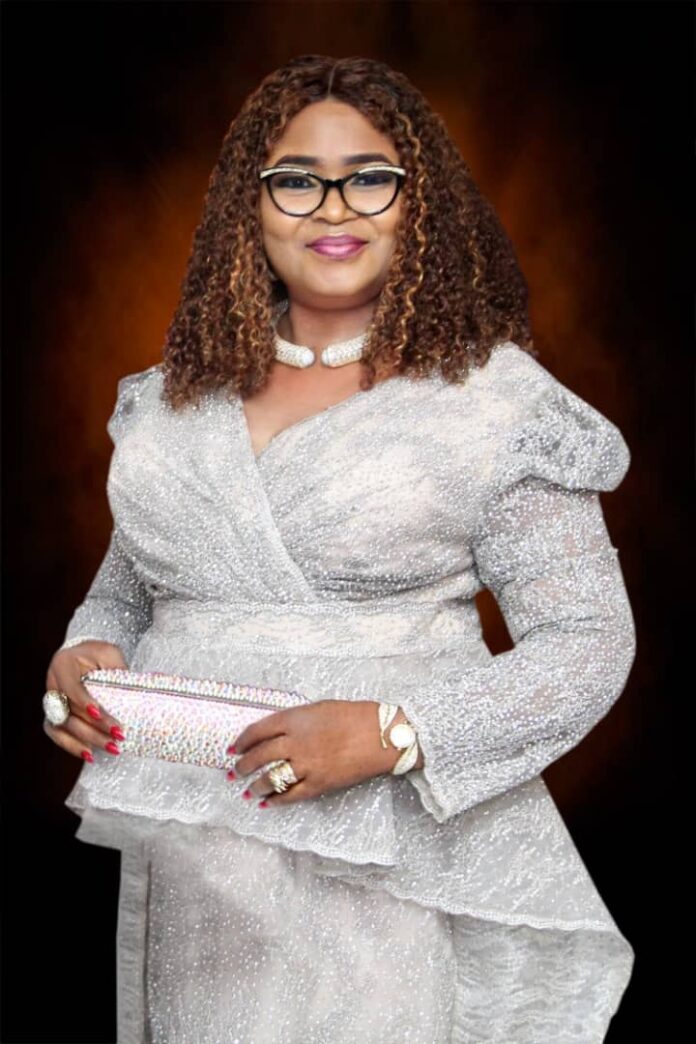 Making the call while giving new year message to her members and raising alarm on the dangers of the second wave of the pandemic recently in Abuja, the Woman leader advised the Taskforce from the Federal Capital Territory  Administration (FCTA) to be liaising with market leaders in each market in discharge of their duties. Adewumi said that with full involvement of the market leaders who in turn would ensure that the guidelines put in  place by the authority is strictly adhered to, would go a long way to curtail the spread of the disease.

Dr (Mrs) Adewumi also called on the traders to support the taskforce members in the discharge of their duties, which if done would go a long way, even as she added that the second wave of the pandemic was a reality.

She said, “I urge the FCTA taskforce  members to be moving from one market to the other and liaise with the market authorities and leaders in sending their messages in of wearing of nose mask,  washing and sanitizing of hands, among others across.

“To the traders, let them cooperate with the authority by abiding to their rules and regulations strictly. Though it is not   easy to avoid crowd in the market, but we should help the authority by not only ensuring that our customers adhered to the laid down rules by the authority,  but as by ensuring that we don’t allow too many people inside our sheds at the same tome. If the law is strictly adhered to, the spread of the disease will be curtailed to a large extent.”

Advising the women traders and all the traders in general to go into business of buying and selling with seriousness and shun too much of profit maximization,  due to the fact that prices of goods and services and cost of means of production has gone up, Adewumi however reminded them that insisting for abnormal profit maximization usually leads to poor sales which in turn,  according to her also leads to expiration of such goods. She went further to tell them to cooperate with the government and customers in business transaction for smooth transactions to be the answer, as well as ensure that the masses don’t feel the heat. “So be considerate in your business of buying and selling, which is key to success in business,” she advised.

Also appealing to the government not to increase the prices of petroleum resources and that of electricity  tariff,  as  being rumored everywhere, the Woman leader wondered if they wanted to recover the proceeds of the loan meant for cushioning of the effect of the pandemic. Stating that she noted with happiness that other countries of the world have been cushioning the effect of the pandemic to the business men and women and every citizen, the Woman leader however, said that she regretted with dismay that the Federal Government (FG) wanted to add more to the suffering of the masses as a result of the disease,  planning increase in the price of petroleum products and electricity  tariff. This she said would cause more harm than good to Nigerians.

On the International Day of Education marked every 24 January, with the aim to make people know that education is their right, whose theme for that of 2021 is Recover and Revitalize Education for the COVID-19 Generation, Amb Rachael Adewumi called on the government  at all levels to address the problems caused in the sector which according her was already dying. She said she noted with concern that a lot of months were wasted due to the pandemic, even as she added that children of few who could afford online education were not serious in the system. This he urged the government to address with seriousness, before the education sector collapses.

When asked, she said that today traders are highly educated,  by citing their national president who she said is a lawyer,  among others. She said they have over the time been organizing one workshop or the other for their members to know how to go about modern business of the day, but she regretted that COVID-19 hindered them from continuation. Mrs Adewumi informed that they had plans to ensure that few of their members who didn’t go to school acquire the knowledge.

Commending the Chairman of the traders in FCT for giving equal opportunities to the men and their women counterparts,  she said that in the sharing of position and housing scheme,  the women and the men were having equal opportunity. This she advised other organizations to emulate,  saying that has  been the secret behind their success.