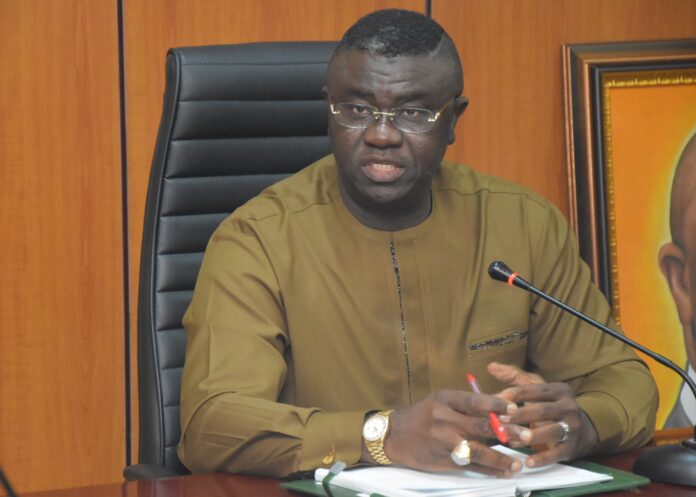 …Says governors only functioning in their state capitals

The Federal Government has pointed accusing finger to State Governors in the Federation for the troubling woes  of poverty in the Country, alleging they have neglected key issues of eradicating poverty.

The Federal Government alleged that State Governors, by their misplacement of priorities, have concentrated resources inappropriately to subjects of lesser impacts, while critical needs of the majority in the rural areas are left behind, making them suffer the scourge of poverty.

The Federal Government decried, by State Governors, the utter neglect of the rural dwellers who it said produces about 90 percent of food needs in the Country.

The Federal Government said if its efforts to eradicate poverty is not being supported with complementarity from the State governments in playing their part, it will seem as if the Central is only throwing money in the pond.

The Central government, thus, charged State governors to prioritise channeling resources more into providing food, nutrition, housing, clothing and other pressing basic needs for the people before thinking “of how to go to the moon and begin to build flyovers and airports in the State capital.”

The Minister of State for Budget and National Planning, Clement Agba, made the assertions at a press briefing in the State House in Abuja on Wednesday, following this week’s Federal Executive Council meeting chaired by President Muhammadu Buhari.

According to him, despite the fact that 70 percent of Nigerians reside in rural areas, Governors have concentrated resources at the urban cities.

Alleging that Governors are only functioning in their State capitals, he argued that rather than the Governors committing huge resources and borrowed fund to execution of airports projects and flyovers, even where not necessary, they should concentrate on impact projects, such as construction of rural roads that would enable farmers to, at least, get their products to the market.

“I think from the Federal Government’s side we are doing our best. But we need to say that rather than Governors continuing to compete to take loans to build airports that are not necessary, where they have other airports so close to them, or Governors now competing to build flyovers all over the place, we appeal that they should concentrate on building rural roads so that the farmer can at least get their products to the market.”

Citing the findings of a recent survey he conducted across the 109 senatorial districts nationwide, the Minister said Sokoto state ranked the highest on the poverty scale, followed by the oil-rich State of Bayelsa.

“The result clearly shows that 72 per cent of poverty is in the rural areas. It also showed clearly that Sokoto State is leading in poverty with 91 per cent.

“But the surprising thing is Bayelsa being the second in terms of poverty rating in the country. So, you see the issue is not about availability of money,  but it has to do with the application of money,” he said.

The Minister lamented that despite the Federal Government’s intervention to alleviate poverty, the results have not reflected the amount of investment made in the area.

“In the course of working on the national development plan, we looked at previous plans and asked why they didn’t do as much as expected. We also looked at the issues of the National Social Investment Programme.

“At the federal level, the government is putting out so much money but not seeing so much reflection in terms of money that has been put into alleviating poverty, which is one of the reasons the government also put in place the national poverty reduction with growth strategy.

“But if the Federal Government puts the entire income that it earns into all of this without some form of complementarity from the state governments in playing their part, it will seem as if we are throwing money in the pond.”

On food inflation, he said though States were in charge of agricultural land, they have not invested in them for the desired effect on the rural dwellers.

He noted that farm products were affordable at the point of harvest, but became expensive due to poor rural-urban roads, causing supply chain disruptions.

“UNIDO report shows us in terms of employment, the MSMEs employ 70 per cent of our people. So, you can imagine how much progress we will make when there are roads and power in these rural areas.

“In terms of agriculture, you find out that the Federal Government doesn’t have land that they would plant. The government has pushed for the Anchor Borrowers programme and that is going on very well, but the State control lands. They are the ones to provide land for agriculture. They are not investing in that. They would rather build skyscrapers in a city where people will see and clap, but the skyscrapers do not put food on the table.

“When we’re talking about food prices, like I mentioned right now is driving inflation, prices of food at the farm gates are low: But when you now take it to the urban areas, you find out that the prices are high due to supply chain disruptions or lack of infrastructure to take them there,” he said.